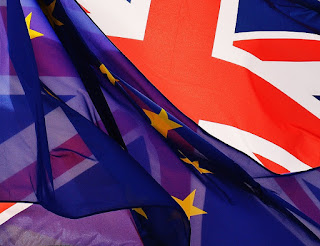 On Monday, the series TERRITORIAL DISPUTES introduced very briefly the case of Northern Ireland. Yesterday, the post presented very broadly the notion of supremacy or primacy of the European Union law by means of case law. Today, the post will include the analysis of another European Court of Justice decision in which the principle is characterized. Tomorrow, the attention will be on defining and characterizing the principle of supremacy or primacy.
A reminder to the reader that the first posts referred to this case will differ from previous analysis presented by this blog series TERRITORIAL DISPUTES. This time the series will introduce the relationship between national law and international law. From there, the relationship between the law in the United Kingdom and the European Union will be explored by presenting the notion of supremacy or primacy (in a nutshell, European Union law has priority over the national legal order of the Member States). Thereafter, the particular emphasis will be on free movement of people, European Union citizenship, free movements of goods, capital and services. These are the “four fundamental freedoms” that all Member States part of the European Union reciprocally recognize and that the United Kingdom, and therefore Northern Ireland, will give up in 2019). For the sake of clarity, it will be only after the presentation of these elements the series will assess in detail the case of Northern Ireland.
Case 11/70 Internationale Handelsgesellschaft [1970 E.C.R. 1125
Facts
·       Applicant in German court challenging legitimacy of Regulation 120/67.
·       Regulation required introduction of export licences in respect of cereals and rice.
·       One further requirement was for payment of deposits which would be forfeited in event that licensee’s quota of cereals and rice was not exported during period of licence.
·       Applicant obtained export licence in respect of 20 000 metric tons of maize meal.
·       Applicant lost deposit as only able to export some of his quota
·       German court accepted measure was unconstitutional under German constitution because infringed basic guaranteed rights such as freedom of action & disposition, economic liberty & proportionality
·       German court asked whether or not national constitutional law took precedence over E.C. law.
Doctrine of Primacy
·       “The validity of Community measures can only be judged in the light of Community law. In fact, the law stemming from the Treaty, an independent source of law, cannot because of its very nature be overridden by rules of national law, however framed, without being deprived of its character as Community law and without the legal basis of the Community itself being called into question. The validity of a Community measure or its effect within a Member State cannot be affected by allegations that it runs counter to fundamental rights as formulated by the constitution of the State or the principles of a national constitutional structure.”
Controversies
·       E.C.J. held E.C. law is supreme over all forms & sources of national law, even constitutional provisions that may be viewed as entrenched in M.S. Again, this is so to ensure uniform application of E.C. law over Community (now Union) & to achieve effectiveness.
·       In case, serious threat to supremacy of E.C. law arose. German Supreme Court voiced concerns over legal foundations of supremacy.
·       Unhappy that fundamental rights contained within German Constitution could be overruled by Community law.
·       E.C.J. made clear E.C. law supreme over all forms & sources of national law but conceded that Community (now Union) recognised such fundamental rights as “integral part of the general principles of law” whose protection be ensured “within the structure and objectives of the Community (now Union).”
NOTE: This post is based on Chapter 3 in Núñez, Jorge Emilio. 2017. Sovereignty Conflicts and International Law and Politics: A Distributive Justice Issue. London and New York: Routledge, Taylor and Francis Group.
Jorge Emilio Núñez
Twitter: @London1701
28th June 2018