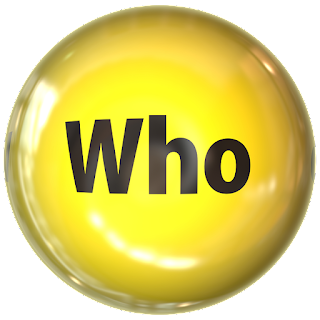 
With the previous case studies part of the TERRITORIAL DISPUTES series (so far Kashmir, the Falkland/Malvinas islands, and Gibraltar), we covered population, territory, government and law and how to address these conflicts by means of the EGALITARIAN SHARED SOVEREIGNTY (Post 70).


In domestic law (and this is applicable to international relations too) before going into the negotiations to solve any conflict it is imperative to decide who will be able to be part of them. In other words, who is a legitimate claiming party? This has to do with the “admissibility” steps prior to any negotiation or discussion. In simple terms, if I do not recognise you to have right to claim over “X” I will not discuss who owns “X.” So far this long standing difference has been in a legal and political limbo. Yet, if we were finally reasonable and wanted a peaceful end to the dispute, who counts? Who can be part of the discussions about the sovereignty over the disputed territories?
The usual grounds in international law to acknowledge legitimacy when disputes of the kind we see here are effective occupation, consent by the other agent in the dispute, consent by other States, and/or consent by the international community. Without entering into too much detail about them (simply to avoid making this post too academic and littered with technical jargon), it is easy to see that Russia and Ukraine dispute these grounds for different reasons in relation to their opponent. For example, Ukrainians do not have effective occupation and therefore, have no right to claim. Russia does not count with the consent of the other agent in the dispute (Ukraine) and most of the world; hence, Russia does not have any right to claim sovereignty. And so on…
The issue, I believe, is that the usual grounds for legitimacy do not capture the whole complexity of the situation in Crimea. In my latest monograph (Núñez 2017) I develop the idea any claiming party in a sovereignty conflict should have what I call a “colourable claim.” The expression comes from the domestic Courts in the US and, to an extent, in Scotland.
In basic terms, any party claiming sovereignty (whether Israel or Palestine) must have a valid reason to claim. That reason should be “colourable” enough to prove that their intended rights are at least sufficiently plausible to be acknowledged, and they can be based on any reasonable circumstances—e.g. political, historical, legal, geographical arguments to name a few. For example, in the case of the Falklands/Malvinas islands dispute it would be unreasonable for Russia to participate in the negotiations in relation to their sovereignty since they do not have any colourable claim over that territory. Similarly, in the case of Crimea it would be unreasonable for the United States or the United Kingdom to participate. They do not have a colourable claim.
I will introduce next time more details about the colourable claim and its different grounds. I aim to show how and why Crimea, Russia and Ukraine have the right to claim sovereignty. The reader should not I refer to the RIGHT TO CLAIM SOVEREIGNTY and not SOVEREIGNTY itself. Remember a right to claim anything is prior to having the right acknowledge. First, we have to prove we can claim (admissibility). It is only after this step we can argue who has the right (the substance of the case). It is only then when the EGALITARIAN SHARED SOVEREIGNTY will apply to Crimea.
NOTE: based on Chapter 6, Núñez, Jorge Emilio. 2017. Sovereignty Conflicts and International Law and Politics: A Distributive Justice Issue. London and New York: Routledge, Taylor and Francis Group.