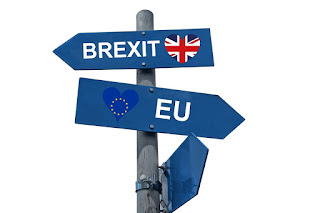 
The post yesterday argued that in cases such as Northern Ireland, a solution between status quo and complete independence should be reached in light of Brexit. We introduced the notion of self-determination. Today, the post explores the idea of having a referendum.


Assuming that because of Brexit, the British government decided to have a referendum in Northern Ireland, what options should be considered for referendum? Taking into account previous referendums in the United Kingdom (Falklands, Scotland, Brexit) it is possible to assume the question would read:

“Do you want Northern Ireland to be an independent state in the form of a republic? Yes/No.


This kind of referendum will not solve any issue. In fact, the government would know the question has one possible answer. Therefore, the referendum would only legitimize an already made decision. Let us consider two critical points:
Firstly, the referendum’s “value.” It is indeed important Northern Ireland could have a referendum as expression of democratic values and basic liberties. It is also a way to start breaking the status quo after Brexit.
Secondly, the importance of the actual question. Because of the way the question could be written and current international and local scenario, there could be but one answer. So, we all can foresee its result. That does not mean that the actual referendum is of no value. As stated before, it is a crucial moment (as it was the Falkland’s referendum in 2013 and in Scotland in 2014). More importantly, it ratifies the fact that Northern Ireland can make use of their right to self-determination at any time and propose any other referendum and solution.

Why does the question have problems?


The answer is simple. Because although it may seem as if the question offered a choice, it does not in reality. If Northern Ireland answered NO, and they decided to remain part of the United Kingdom, they would still be considered as British territory and hence would know what to expect. That is to say, they would continue living the way they live with the government and the law they know and all that this implies. However, if they answered YES, and Northern Ireland decided to be an independent state, the consequence is but one: uncertainty. Many questions would be asked: does Northern Ireland automatically remain part of the European Union? Would they need to apply to join the EU as a newly formed state? Would they have the option of joining the Republic of Ireland? What currency would they use? And, many other questions related to natural resources, education system, healthcare. Result: who is going to choose uncertainty over something already known?

There are ways to address the indeterminacy in referendums and offer a clearer, more informed, better constructed question. That is, if the parties calling for a referendum actually aim to use the referendum as a democratic tool for self-determination rather than a tool for validation of predetermined and foreseeable decisions.