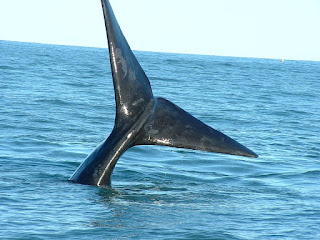 The Falkland/Malvinas islands represent a classical TERRITORIAL DISPUTE in which several international agents claim sovereign rights for different reasons over the same piece of land. Argentineans, the Falkland/Malvinas islanders and Britons have an ongoing argument. The solution seems to require a mutually exclusive relation amongst them because it is assumed that the sovereignty over the third territory can be granted to only one of them. Indeed, sovereignty is often regarded as an absolute concept (that is to say, exclusive, and not shareable).

The Falklands/Malvinas are a clear example of a zero sum game, with many negative outcomes of different sorts (e.g. inefficient exploitation of natural resources, tension in international relations, and threat to local and international peace). Thus, while these conflicts are in principle confined to specific areas and start with negative consequences primarily for the local population, they tend quickly to expand to the regional and—even—the international level (e.g. effects on international price of oil, war). There are many issues at stake domestically and internationally.

Only to have a glimpse, today’s posts includes below articles from the media covering this territorial dispute. The reader will have a glimpse in relation to the dispute, natural resources, Brexit, and some other key issues pertaining the Falklands/Malvinas. The articles are all recent and and include media from Argentina, the Falkland/Malvinas islands and the United Kingdom.


In all cases, although this sovereignty conflict has been and is object of study of many sciences—law, political sciences, international relations, only to name a few—these sciences do not share their developments and both different approaches and different languages were applied. Indeed, although multi and inter-disciplinary studies are promoted in speeches everywhere, it is more a nominal aim rather than an actual reality.


I realised that the answer was very simple. Some problems are never solved because most look for more problems, problems within a problem, or just simply give up or are so self-centred they think that problem will not affect them and hence, why would they even think about it. Ergo, the answer came to me: some problems like Kashmir are never solved because people (or their representatives) do not look for a solution.

THE DISPUTE, THE 1982 WAR and ONGOING PROBLEMS SINCE THE WAR


On this day in 1982: The Falklands War begins, after the Argentine flag is hoistedover South Georgia


(The removal of mines in the Falklands)


“The British are advancing with the demining in Malvinas, and this is how it was seen last week. Tal como informó recientemente la agencia Mercopress se va terminando una fase y se reanudará la próxima en el verano austral del 2019 hasta 2020. As recently reported by the Mercopress agency, a phase is being completed and the next one will resume in the austral summer of 2019 until 2020.”


Falklands Islands to be protected by Iron Dome technology


“Britain’s Falklands Islands are to be protected by the same technology behind Israel’s Iron Dome missile defence system.”


Minefield: two sides of the Falklands war – on one stage


“Until they were invaded by Argentinian forces on 2 April 1982, the Falkland Islands did not loom large in the nation’s consciousness. Most Britons would have been hard-pressed to locate them on a map.”


“To go to a place in which it’s legitimate to kill and maim people, to watch your friends die in horrific ways, and then come back to a place where none of those things is acceptable is not a journey the mind can easily make.”

ARGENTINA and the UNITED KINGDOM


(The claim over the Falklands is indeclinable)


Argentine presentation on the Falklands and the Chagos archipelago


“The release follows underlining that the Argentine presentation ratifies the competence of the UN General Assembly in issues regarding decolonization as well as the principle of territorial integrity, and likewise the obligation of holding negotiations and not taking unilateral actions contrary to the decolonization process.”


“Banks and big investors are showing new interest in the oil sector as prices rebound, the boss of Premier Oil has said, improving options for funding its proposed Falklands development.”


“[…] the forecast long-term financial plan surplus for 17/18 is £26.595Million. If fishing revenues all come in this year, the surplus could well be over £30Million. FIG funds Market values which include pension, insurance and growth funds that on 31 December 2017 totalled £371.3Million.”


“It was laid bare when EU countries helped inflict a humiliating defeat on Britain over the legal status of the Chagos Islands, in a UN vote in June, he told MPs.”


“Lord Hannay said the UK had traditionally been able to influence Washington and shape EU policy at the UN, as a permanent member of the security council. “It goes without saying, I’m afraid, that – since June of last year – those two pillars of our influence at the United Nations have been shaken.”

WHEN ALL PARTIES DECIDE TO COOPERATE


There are some recent very good news. Argentina, the Falkland/Malvinas islands and the United Kingdom show promising signs.


“Scientists analyzed 122 sets of human remains in 121 anonymous graves in the Darwin Cemetery in the South Atlantic, an ICRC spokeswoman said. One of the graves, which were all marked ‘Argentine soldier only known to God,’ had two bodies.”


(In photos: the emotional ceremony in Malvinas)


They Were ‘Known Only to God.’ Now Argentina’s Falklands War Dead Are Named.


“I was finally able to cry at his grave.”


“An RAF aircraft that was scrambled to join the search for a missing submarine touched down in Argentina last night. It is understood to be the first RAF plane to land there since the Falklands conflict.”

FINALLY, I can only agree with Summers and his comment below is a perfect way to conclude this post. I wholeheartedly share his view. The time is now.


The message from outgoing Member of Legislative Assembly Mike Summers, in his final Speech to the Motion for Adjournment. Speaking of the Falklands in 30 years’ time he said, “it’s not just up to them [Argentina] it’s up to all of us to fix it if we can.”