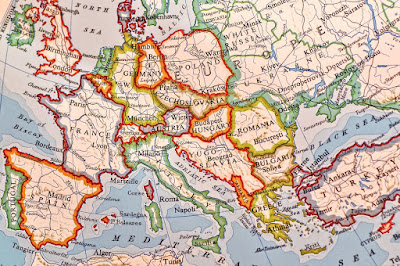 EU citizenship and its limitations
The posts this week centered the attention on European Union law and one of the four fundamental freedoms all European Union citizens have: free movement of persons.
In particular, the posts presented European Union treaty law (arts. 18, 20-24 TFEU) and a few decisions by the European Court of Justice. Both the treaty articles and the judicial decisions are key in the case of Northern Ireland in light of Brexit.

It should be clear to the reader now that the civil, political and socio-economic rights laid down in arts. 21-24 TFEU is limited. However, the European Court of Justice has been able to interpret European Union treaty law in a more generous manners.

On the one hand, from decisions such as Baumbast, it appears that the right to free movement under art. 21 TFEU does not constitute a truly independent right to free movement decoupled from economic status.
On the other hand, the ECJ has been able to “extend” the right to equality with decisions in Martinez Sala and Grzelczyk. It is true the decisions in later cases such as Collins and Bidar narrowed the effect of previous decisions and enabled Member States to require fulfilment of residence period before successful claim to show sufficient link to territory.

Indeed, the rights that have to do with European Union citizenship are limited. Arguably, The ECJ has been able to interpret the right to equal treatment (or non-discrimination) more broadly. Time will tell whether the integration will be a reality and this and other civil, political and socio-economic rights are fully fleshed for European Union citizens.

Next week the posts will introduce free movement of persons with focus on workers and the highly controversial issue of benefits.