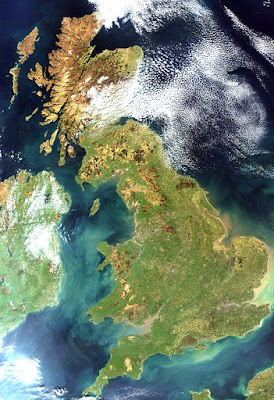 Different from other territorial disputes in this blog series, with Northern Ireland we followed a different path.
The first 20 posts (posts 86-105) had to do with European Union law (free movement of persons, European citizenship, free movement of goods, capital and services).
The last four posts (posts 106-109) introduced very briefly the background situation in Northern Ireland.

Territory, in principle, can be defined as an area owned and possessed by the population (in land, water, space and, perhaps, cyberspace).
Like population, it may have features that could cause controversy in TERRITORIAL DISPUTES.
Some of the features that constitute territory will be reviewed using the case of Northern Ireland in light of Brexit. Those that introduce controversy will be analyzed using the model proposed here. Next time we center the attention on borders, natural resources and defense.

Let us remember the way in why this series propose to deal with TERRITORIAL DISPUTES via the egalitarian shared sovereignty.
The allocation of sovereignty will be given by:

Many questions are to be expected. Amongst them:

The next posts on this blog series about TERRITORIAL DISPUTES will cover these questions. In order to answer them, the posts will explore the concept of self-determination in the event Northern Ireland decided to have a referendum in the future.