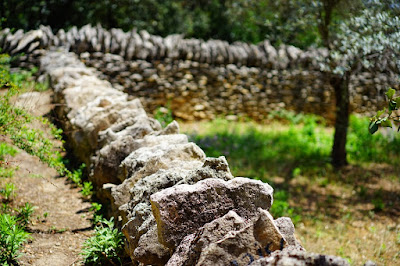 Northern Ireland and Brexit on the news

Territorial disputes and sovereignty issues like the one with Northern Ireland, the United Kingdom and the European Union are not rare. True, in light of Brexit, this situation is more than even on the news. However, there are many cases around the world in which several international agents argue about sovereign rights for different reasons over the same piece of land. Despite their many differences, they all have a particular feature: their solution seems to require a mutually exclusive relation amongst the agents because the sovereignty can be for only one of them.

As it stands, the situation in Northern Ireland is a clear example of a zero-sum game, with many negative outcomes of different sorts. The effect of Brexit remains unknown. Yet, it is evident there are many issues at stake domestically and internationally.
Post 9: Territorial disputes: issues at stake

Only to have a glimpse, today’s post includes below a sample of articles from the media covering the case of Northern Ireland. It is evident the information is contradictory and any outcome divides the population’s views about the hard/soft border. Moreover, the last article includes a reference to a point often overlooked and has to do with natural resources.

Although Northern Ireland is not a territorial issue, it has been and is object of study of many sciences—law, political sciences, international relations, only to name a few—these sciences do not share their developments and both different approaches and different languages were applied. Indeed, although multi and inter-disciplinary studies are promoted in speeches everywhere, it is more a nominal aim rather than an actual reality.

I realized that the answer was very simple. Some problems are never solved because most look for more problems, problems within a problem, or just simply give up or are so self-centered they think that problem will not affect them and hence, why would they even think about it. Ergo, the answer came to me: some problems like Northern Ireland evade a solution because people (or their representatives) do not look for answers.

Theresa May says EU must 'evolve' its Brexit position

“The UK and EU have agreed that there should be no hard border in Ireland, but are at odds over how to achieve it.”
“The EU has proposed a backstop that would mean Northern Ireland staying in the EU customs union, large parts of the single market and the EU VAT system.”
“However, the UK said that would effectively create a border down the Irish Sea.”
“On Friday, Mrs May again repeated her opposition to that, saying: "The economic and constitutional dislocation of a formal 'third country' customs border within our own country is something I will never accept and believe no British prime minister could ever accept".
Link to the complete article

“In a blunt warning detailing the catastrophe that lies ahead if a 'no deal' Brexit materialises, Joachim Pfeiffer painted a dire picture of the outcome.”

“Mr Pfeiffer said Ireland would "have a border like we have a border with Ukraine or Belarus" as there would no longer be treaties in place with the UK that would ensure the rules and standards of the EU would be respected.”

“But the university researchers who have collated this data believe it has revealed a "point of convergence" on the Irish border issue in operational terms.”

“Their key finding is that unionists and nationalists would both prefer the least intrusive border possible and that there is an arrangement that could command support across the two communities.”

“The situation could come about because Northern Ireland has shared a single energy market with the Irish republic for over a decade, in one of the consequences of the Good Friday Agreement of 1998. Northern Ireland relies on imports from south of the border because it does not have enough generating capacity itself.”

“Britain is hoping to negotiate a deal to allow that single electricity market on the island of Ireland to continue after Brexit.”

“But in the event of a totally disruptive rupture with the bloc Whitehall officials fear that power providers in the republic could end the provision of electricity because the UK would no longer be part of the European electricity market.”