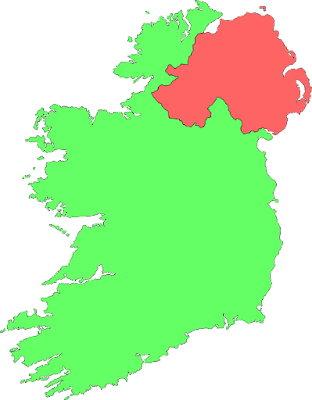 In light of Brexit, the situation in Northern Ireland opens questions in law and politics.
Since the United Kingdom is leaving the European Union, there as claims on the news as challenging as the possibility Northern Ireland may use self-determination.
The next posts will make clear that self-determination may imply independence but can result in other legal and political arrangements.
For example, in theory, the question whether Northern Ireland could join the Republic of Ireland and would, therefore, remain part of the European Union.

In the case of Northern Ireland, the first posts differed from previous analysis presented by this blog series TERRITORIAL DISPUTES.
This time the series introduced the relationship between national law and international law. From there, the relationship between the law in the United Kingdom and the European Union was explored by presenting the notion of supremacy or primacy (in a nutshell, European Union law has priority over the national legal order of the Member States).

Thereafter, the particular emphasis was on free movement of people, European Union citizenship, free movements of goods, capital and services. These are the “four fundamental freedoms” that all Member States part of the European Union reciprocally recognize and that the United Kingdom, and therefore Northern Ireland, will give up in 2019).

From Monday, the following posts will introduce: different academic and non-academic views; the current situation; the views of the inhabitants (because in any case they are the ones who will live the consequences of any decision); coverage by the media including all parties in the dispute; the ideal methodology to solve the difference (what I call Egalitarian Shared Sovereignty); its application to some controversial elements; and some conclusive remarks.

Northern Ireland introduces a particularly interesting application of the term “shared sovereignty” is the case of divided societies or “cultural shared sovereignty”.
Northern Ireland presents two clearly defined sectors, that of the nationalists, mainly Roman Catholics, and that of the unionists, mainly Protestants. This model applies to two ethnic or nationality groups living in the same territory neither of which wants to belong to a state dominated by the other.

The current arrangements contemplate the existence of two communities within a single State (or in the case of Northern Ireland, in a single sub-State) who deal with their divisions by sharing in the exercise of political authority. Additionally, it gives a hint of how to deal with power-sharing institutions by including sharing groups and differentiating them between compulsory and voluntary.

On the positive side, the institutional scheme of the “cultural shared sovereignty” offers all the claimants certain degree of participation. It is not easy to imagine how the institutions would work in practice after Brexit.