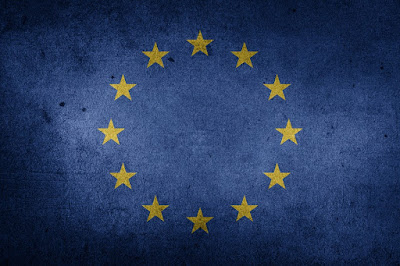 The principal of primacy means that when any European Union rule applies in a given situation, the conflicting national norm should be set aside. This is called a duty to disapply national law.

According to the Court in Simmenthal, “a national court which is called upon, within the limits of its jurisdiction, to apply provisions of Community law is under a duty to give full effect to those provisions, if necessary by refusing of its own motion to apply any conflicting provision of national legislation, and it is not necessary for the court to request or await the prior setting aside of each provision by legislative or other constitutional means.”

As the operation of setting aside conflicting national law has to be repeated by the court, and by other courts, in all similar individual cases, the result in practical terms is close to invalidation of the rule. It is important to note, however, that strictly the Court does not require invalidity of the inconsistent national rule, instead the non-application or setting aside of it.

According art.I-6 of the Treaty establishing a Constitution for Europe: “The Constitution and law adopted by the institutions of the Union in exercising competences conferred on it shall have primacy over the law of the Member States.” This Article incorporated the principle of primacy into the Treaty text. In a Declaration attached to the Treaty it was stated that “Article I-6 reflects existing case law of the Court…and does not cause any additional limitations of sovereignty.”
It was held by the Constitutional Courts of France and Spain that the new primacy clause did not bring any changes to the existing relationship between E.U. law and national law.

The principle of primacy was omitted from the Treaty of Lisbon 2007 and a much longer Declaration was adopted and attached. According to Declaration no.17: “The Conference recalls that, in accordance with well settled case law of the Court, the Treaties and the law adopted by the Union on the basis of the Treaties have primacy over the law of the Member States, under the conditions laid down by the said case law.”

According to the Declaration the entry into force of the Treaty of Lisbon did “not in any way change” the Court’s established position as regards to primacy.

In an Annex to the Final Act of the Treaty of Lisbon was also the Opinion of the Council Legal Service on the Primacy of E.C. Law (set out before the Treaty): “It results from the case law of the Court that primacy of E.C. law is a cornerstone principle of Community law. According to the Court, this principle is inherent to the nature of the European Community. At the time of the first judgment of this established case law (Costa) there was no mention of primacy in the Treaty. It is still the case today. The fact that the principle of primacy will not be included in the future Treaty shall not in any way change the existence of the principle and the existing case law of the Court.”

Next week the blog series will introduce the four fundamental freedoms that have to do with the European Union and its members and are so important for the future relationship between the United Kingdom and Northern Ireland in light of Brexit.

NEXT POST: European Union law and the four fundamental freedoms