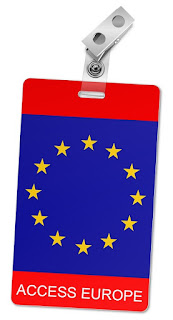 What do people in Northern Ireland want?

Today’s post centers the attention on one of these parties: people. What do people in Northern Ireland want? Several documents give us an idea of what they want.

In the 2016 EU referendum, 58% of voters in Northern Ireland voted for Remain. This result, and the continuing uncertainty over the impact of Brexit on the Irish border, has led to calls for a border poll to allow the whole island of Ireland to remain in the EU.

Who is calling for a border poll to take place?

In 2018, Sinn Féin’s leader in Northern Ireland, Michelle O’Neill, called for this to happen within five years. The nationalist Social and Democratic Labour Party (SDLP) support a referendum on Irish reunification after the Brexit negotiations.

The Irish Government has also taken the position that the time is not right for a border poll. In July 2017, Irish Taoiseach Leo Varadkar stated that a vote on Irish reunification at this point would be defeated, and therefore "it would not achieve a united Ireland, but what it would do is give rise to further nationalist, further sectarianism and further polarisation."

Irish reunification Published on The Institute for Government

Link to the document

Link to the document 2

A very recent poll by LucidTalk Opinion Panel (now 10,482 members) consists of Northern Ireland residents (age 18+) and is balanced by gender, age-group, area of residence, and community background, in order to be demographically representative of Northern Ireland.

This is the report from LTs May NI Poll for YouGov and the BBC – Main topics covered: Identity, local influence over decisions, preference for future NI government, NI Border poll – should there be one, and what way would you vote if there was one, and decision making in Northern Ireland.

The complete poll (link) below. Some interesting results to note:

From all respondents, 62.4% strongly disagree politicians in Westminster reflect their concerns.

In terms of what areas, the UK Government should make decisions about, there is a large difference with this question between Protestant and Catholic respondents. Protestant respondents score all factors much higher than Catholics.

Question 16 is central to this blog series, Northern Ireland in light of Brexit. “If there was a referendum on the border between Northern Ireland and the Republic of Ireland, would you vote?”

The figures for ALL RESPONDENTS are:

There is a large difference of opinion between Protestants and Catholics regarding this issue.

Link to the document

This post is based on Jorge Emilio Núñez, Territorial Disputes and State Sovereignty. International Law and Politics (Routledge 2020).

Northern Ireland and Brexit on the news