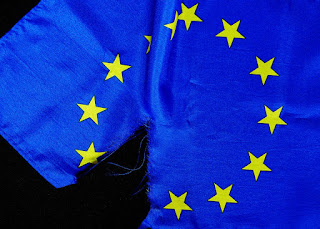 The Court of Justice of the European Union and EU citizenship

Our previous post referred to free movement of persons and citizenship with particular focus on European Union treaty law.
The post introduced arts. 21-24 TFEU and showed treaty law only acknowledges certain rights.
The question we cover today is whether the European Court of Justice has been able to interpret these articles more generously.

The Court of Justice of the European Union: free movement of persons and citizenship

In Baumbast (C-413/99), a German national was a worker in United Kingdom until 1995.
In 1995, on retirement, he applied for renewal of residence permit but this was refused by the Home Secretary on grounds that he was no longer a worker in the country nor able to fulfil conditions for general right of residence under Directive 90/394 (now repealed and its provisions replaced by Directive 2004/38 art.7 (1) (b)).
He had sufficient resources but lacked comprehensive sickness insurance.

The ECJ, on one hand, that the right to reside in another Member State is conferred directly on every E.U. citizen by “clear and precise provision” of the Treaty. The ECJ, on the other hand, stated that it is granted subject to conditions and limitations laid down elsewhere in Treaty.
The ECJ made clear that such conditions are subject to its own interpretation of fundamental right to free movement. In other words, conditions be interpreted in light of principle of proportionality.
This was first pronouncement of the ECJ attempting to place fundamental right to move and reside freely across Union above purely economic considerations. In what is important here, the ECJ stated:

In Olazbal (C-100/01), the ECJ held, “art.45 T.F.E.U.…finds specific expression in art.45 T.F.E.U.” In case and that of Stylianakis (C-92/01), it was held that right of movement and residence in art. 21 TFEU is subject to limitations and conditions laid down elsewhere in Treaty and secondary legislation.
These cases fail to affirm “compromise” position offered in Baumbast; that art.21 (1) T.F.E.U. contains clear and fundamental right to free movement but that is subject to limitations and conditions, interpreted in light of principle of proportionality.

From Baumbast and later cases of Zhu and Chen (C-200/02), Trojani (C-456/02) and Commission v Belgium (C-408/03) appears, however, art. 21 TFEU does not constitute directly effective, unconditional and independent right to free movement.

While free movement may, according to Court, constitute fundamental right of Union citizenship under art.21 TFEU, conferred directly on European Union citizens, may only be exercised in conjunction with provisions laid down in other parts of Treaty and secondary legislation (for example,  art. 45 TFEU, Directive 2004/38 EC., etc.), in light of principle of proportionality.

In principle, it seems there is no right of unconditional free movement for those who are economically inactive (exceptions may be that European Union citizens have permanent right of residence under Directive 2004/38 EC. art. 16 after 5 year’s lawful residence and all European Union citizens have the right of residence in Member Srates for up to 3 months without having to fulfil economic conditions under Directive 2004/38 EC. art. 6).

The post tomorrow will introduce art. 18 TFEU (principle of non-discrimination) and discuss whether the European Court of Justice has been able to broaden the scope for European Union rights conferred to citizens by means of interpreting this article.

NEXT POST: The Court of Justice of the European Union and art. 18 TFEU (principle of non-discrimination)