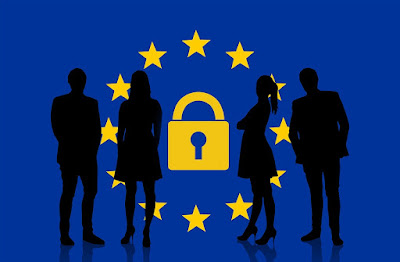 Arguably, the most controversial issue that was one of the pillars of the Brexit campaign has to do with benefits. Is it that easy to move to another Member State and claim them?
Because of the relevance of this point and its very controversial nature, in particular in light of Brexit, the post today will extend the analysis to European Union treaty law, secondary legislation and ECJ case law.

Freedom of movement entails abolition of discrimination based on nationality between workers of a Member State as regards employment, remuneration and other conditions of work and employment.

Member State will not take measures:

Regulation 492/2011 art.3 (1) allows, however, for imposition of “conditions relating to linguistic knowledge required by reason of the nature of the post to be filled.”

Requirement imposed by Irish government full-time teachers in Ireland be able to speak Gaelic. Prima facie indirectly discriminatory because Irish nationals more likely to fulfil condition than non-nationals. Advantage given to nationals. Dutch national working in Ireland rejected for full-time art teaching post because failed to pass oral test in Gaelic.
Held: 1) Irish language requirement could fall within scope of 492/2011 (formerly, Regulation 1612/68) art.3 (1) given Irish government’s policy to promote use of Gaelic, as official language, to express national identity & maintain Irish culture. 2) Because education was important for implementation of such policy, requirement for teachers to have knowledge of Gaelic compatible with Regulation 1612/68 art.3 (1) provided level of knowledge required not disproportionate to objective pursued.

Non-discrimination principle extends to conditions of employment, in particular pay, dismissal and, in case of unemployment, reinstatement and reemployment.
The difficulty arises when legislation lays down that certain advantages are dependent upon criteria which, although, theoretically, applying to both nationals & non-nationals alike, in practice, more likely to be satisfied by nationals:

a) Italian national employed by German company. b) For purpose of calculating seniority and promotion, German law provided military service in German army to be taken into account. c) Ugliola performed military service with Italian forces and not German forces.
Court held requirement that service be done in German army be satisfied by far greater number of nationals than non-nationals, enabling them to more easily claim seniority and promotion. Indirectly discriminatory contrary to Regulation 1612/68 art. 7 (1).

Nationals of another M.S. enjoy same social and tax advantages as national workers.

a) S.N.C.F., French railway operator, offered discounted rail travel to large French families (including families of deceased workers). b) Cristini, Italian national, resident in France. Widow of Italian national who had worked in France. c) Was refused discount card because was Italian & not French. d) S.N.C.F. put forward Regulation 1612/68 art.7 (2) covered only social & tax advantages linked to employment contract & discount was not linked to any employment contract, thus C unable to claim discrimination on grounds of nationality in respect of social advantage.

“In view of the equality of treatment which the provision seeks to achieve, the substantive area of application must be delineated so as to include all social and tax advantages, whether or not attached to the contract of employment, such as reductions in fares for large families.”

Regulation 492/2011 art.7 (2) can apply to surviving lawfully resident family members of deceased worker. Advantages may be sought after worker’s death to benefit of family remaining in same Member State.

What are “social and tax advantages”?

Social advantages = “…all those advantages which, whether or not linked to a contract of employment, are generally granted to national workers primarily because of their objective status as workers or by virtue of the mere fact of their residence on the national territory.”

Thus, art.7 (2) and the principle of non-discrimination appliy to any benefit, whether or not part of employment contract, payable by virtue of individual’s status as worker or residence on national territory.

Next week the blog series will introduce another European Union fundamental freedom: Free Movement of Goods. In light of Brexit, this is a crucial issue for the United Kingdom (and therefore, for Northern Ireland).