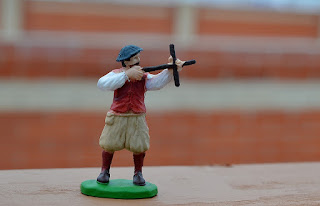 To establish if any object O has not previously been the property of any individual is one of the main issues in Nozick’s model—and that is also the main issue in sovereignty disputes. Although theoretically attractive and practically difficult to demonstrate, in the specific case of sovereignty dilemmas the enigma to be unravelled is precisely to determine which of the involved agents was the first one chronologically—historically—to have something to do with the third territory.

Furthermore, even if that was somehow demonstrated, there will also be disputes about the justice of conflicts that result in the seizure of territories by force.

Nozick’s model introduces many other issues. Indeed, while Nozick relies on Locke's labour theory of property, his approach raises various questions. For instance, what are the borderlines here? Individuals labour on parts of objects—similarly, the claiming parties only ‘labour’ on parts of the third territory, so why does that give them the right to the whole object?

In addition to this, why does mixing one’s labour with property cause to own the property rather than lose the labour? Is there some threshold that must be met in order to own the property?—e.g. if an individual pours a glass of wine in the ocean does he own the ocean or has he wasted my wine? In tune with this, why would anyone be entitled to more than only the added value his labour has created? And even if the labour theory of property may give an individual ownership of property he has created, why should it give him ownership, for example, of natural resources? Natural resources are not brought into existence by labour, although labour may be necessary before they can be used.

As a result of this, the idea of determining who mixed their labour with the territory first and to a sufficient extent to acquire ownership is always going to be controversial, even if all parties accepted that this was the right test. And even if this works, as pointed out before, there is the issue of whether later seizures of the property from indigenous peoples by force were just.