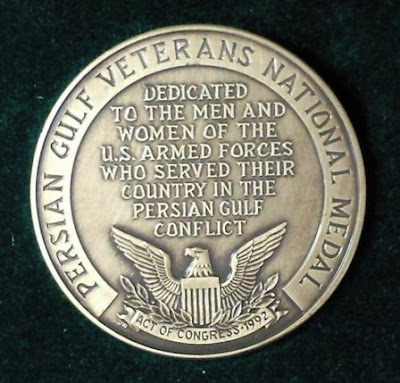 The Persian Gulf and the Role of Outside Powers: The United States

Origins
The presence of vast energy resources and location at the center of the Middle East account for the Gulf’s geo-strategic importance and its attraction to major powers. U.S. involvement and military presence dates back to the early part of the last century, and includes a host of political, economic, and geo-strategic objectives. Prior to the Gulf War, U.S. military presence was largely over the horizon, accommodating the sensitivities of local culture.

Since its independence, the United States has had interests in and relations with the Middle East. Morocco was the first country to establish relations with the new nation, and in 1866 American missionaries established the Syrian Protestant College in Lebanon that later became the famed American University of Beirut.
During the early part of the 20th century, business entrepreneurs were responsible for the major oil discoveries in Saudi Arabia. Furthermore, it was Alfred Thayer Mahan, the noted American naval officer and strategist, who coined the term “Middle East” as that area between Arabia and India “with its center—from the point of view of the naval strategist—in the Persian Gulf.”
US relations with that center began on September 21, 1833, when it signed a treaty of amity and commerce with Oman. Since then, U.S. involvement in the Gulf region has widened and deepened, given the increasing relevance of Gulf petroleum to the world economy, and the geostrategic importance of the region during the Cold War.

In 1971, Britain ended its military presence east of Suez, but the United States did not immediately replace it as the region’s dominant security provider. For the purpose of this analysis, the decade of the 1970s has a distinct practical function. It represents a period of transition from British to US hegemony in the Gulf.

Current Strategy
In today’s United States, this is illustrated by the especially vibrant debate surrounding the future of US grand strategy. Although there are shades of difference among proponents of alternative grand strategies, two perspectives have consistently dominated the current debate: offshore balancing versus deep engagement. At the core of this debate there is a profound disagreement on the benefits deriving from continued US security commitments abroad.

Supporters of offshore balancing and of deep engagement differ on the extent to which the United States should be directly responsible for guaranteeing international security.
This debate also includes the discussion of significant political and economic aspects of grand strategy, however, both camps recognize the special importance of the future nature of US military strategy.

Despite their many differences, people in both camps have consistently identified the Persian Gulf as one of the three regions, along with Europe and East Asia, vital to US national security. This domestic consensus on the strategic importance of Gulf stability has also been reflected in the policy documents of successive US administrations.

By the end of 2011, all major US military units left Iraq. US President Barack Obama had promised the complete withdrawal of US troops from the country during the 2008 US presidential campaign. The military withdrawal from Iraq was part of the Obama administration’s larger policy of  ”pivoting” toward Asia.

The meaning of the pivot toward Asia has been often equated to US disengagement from the broader Middle East and the Persian Gulf in particular. This is an inaccurate reading of the Obama administration’s strategy, especially with regard to the administration’s post-2011 security commitments to the Gulf.
The real outcome of the pivot, in fact, was to give increased priority to Asia in addition to, and not instead of, priorities in the Gulf. The United States had no intention to disengage militarily from the Persian Gulf.