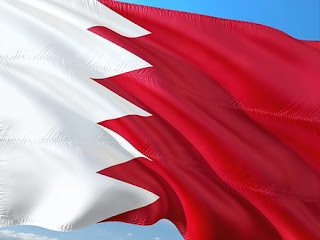 Bahrain, Iran and Saudi Arabia
The Kingdom of Bahrain is an archipelago of 33 islands, the largest of which is Bahrain, located some 16 kms from Saudi Arabia and linked to it by the King Fahd Causeway, which opened in 1986. The population of Bahrain, according to a 2010 census, stands at 1,234,571, only 568,399 of whom are Bahraini nationals, making Bahrain the smallest GCC state. Bahrain is rife with sectarian tensions; some reports suggest that as much as 75 percent of the population is Shia.

Historical Background
History certainly plays a part in what is transpiring at present, as it is one of back-and-forth until relatively recent times. The Bahrain land grab goes back thousands of years, and its claimants have included Sumerians, Assyrians, Babylonians, and Persians. The Portuguese occupied the islands starting in 1522, and after their forced exit in 1602, Bahrain was lorded over by successive waves of Persians and Arab tribes from the mainland for the next 180 years. In 1783, the Sunni al-Khalifa family, a clan from the Atabi tribe residing on the Qatari peninsula, seized Bahrain from Persia.

The ruling tribe, the Al Khalifa, emanate from the Arabian Peninsula and are Sunni Muslims. The Al Khalifa came to power in the eighteenth century, arriving from Qatar and, with the help of tribal allies from the peninsula, overthrowing the Persian rulers.

In the aftermath of British withdrawal from the Gulf, Iran was presented with an opportunity to assert its dominance over the region, immediately reviving the historical Persian claim to sovereignty over Bahrain. However, Saudi Arabia was opposed to this idea.

The case of Bahrain is one of the instances where Iran and Saudi Arabia were in disagreement prior to 1979. The issue was resolved, with Iran saving face, when the shah suggested that the Bahrainis should be able to determine their own fate. This opened the door for a UN mission to discover that the people of Bahrain desired independence.

Resources
Though it was the first emirate where oil was discovered (1932), Bahrain will most likely be the first to exhaust its reserves. Consequently, Bahrain has developed one of the most diversified economies in the Persian Gulf region. Bahrain’s economic activity, like that of other Arab states in the Persian Gulf, has largely centred on the production of crude oil and natural gas and on refining petroleum products, making the country sensitive to fluctuations in the world oil market.

Bahrain has built on its long tradition of shipping and commerce, however, and has been more successful than some other states in the gulf in developing manufacturing and commercial and financial services. The non-oil sector includes petrochemicals, ship repair, aluminum refining, and light manufacturing. Bahrain has remained the most important commercial and financial centre in the gulf, although it has faced growing competition from the United Arab Emirates.

Bahrain between Iran and Saudi Arabia
Bahrain has remained an arena of Saudi-Iranian rivalry for influence. From the point of view of the Saudis, Shiites pose a permanent potential threat to the territorial integrity of Saudi Arabia. The authorities are anxious about the loyalty of Saudi Shiites towards their own country as well as their ties with the principal rival in the Persian Gulf sub-region — the Islamic Republic of Iran.

That is why the Saudi government has remained vividly interested in the development of the political situation in Bahrain, which is perceived in Riyadh as a sui generis safety buffer between Saudi Arabia and Iran, and the fact that in Bahrain the Sunni minority has remained in power is also perceived as a guarantee of strategic stability of the petroliferous — Saudi, Shia — Eastern Province.

The Battle for Bahrain: Iranian-Saudi Rivalry
Link to the complete document

The Strategic Importance of Bahrain
Link to the complete document