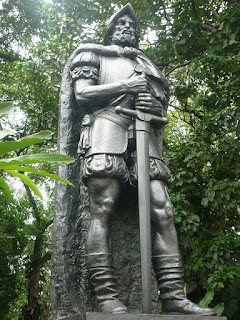 The just acquisition principle has been previously related to territorial sovereignty since it has been maintained that amongst the objects to which this principle is meant to be capable of applying are portions of the Earth’s surface, that is, areas of land.

And that is exactly the aim of these posts: to evaluate whether there is a peaceful way of allocating sovereignty over non-sovereign areas of land or disputed territories.

Nevertheless, the principle of just acquisition is not the answer to resolve these issues. Its main pitfall is that the information required to apply this principle is not epistemically accessible in sovereignty conflicts—e.g. how far back would the agents need to investigate so as to determine who the first inhabitants of the Falkland/Malvinas Islands were? What would happen in the case of extinct civilisations? What about cultures that were in Ancient Times nomadic?

“An individual A acquires at time t a full property right in an object O which has not previously been the property of any individual if and only if:
(i)            A mixes his labour with o at time t; and
(ii)       as a result of O becoming A’s private property, no one else is made any worse off than he or she would have been, O having being left unappropriated by anyone and had everyone in consequence been free to use O without appropriating it.”