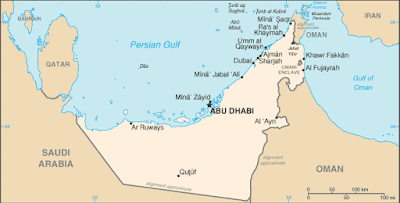 Oman and the United Arab Emirates

The UAE-Oman relationship has been marked by tremendous changes and rapid developments. During the past three decades, unresolved boundary disputes have not hindered the two countries’ quest for greater economic cooperation, which eventually led to a better relationship.

The 1999 UAE-Oman border pact distinguished itself in one specific aspect: the two countries enhanced their socioeconomic relations exponentially. The accord opened the door for cooperation in the fields of trade, tourism, investment and other areas.49 The UAE investment in Oman reached very high levels, with almost $5 billion invested in the last three decades.

Historical Background
In the second half of the 1940s, two major political changes took place in the Arab Gulf region.
The first was the transfer of Britain’s Political Residency headquarters from Bushire on the Persian side of the Gulf to Bahrain on the Arab side. This transfer resulted in the severing of London’s longstanding connection with Persia, marking the renewed importance of the Arab Gulf emirates.
The second was the transfer on April 1, 1949, of responsibility for the Political Residency from the government of India to the Foreign Office in London. This marked a new British attitude towards the lower Gulf.

Until the 1930s, because of specific agreements with several rulers, the British refrained from interfering in the internal affairs of what were called the Trucial Sheikhdoms, so long as the peace at sea was kept.

British attitudes towards the Sultanate of Oman, on the other hand, were sharply different. Omani “independence” had been ensured after Britain and France undertook to respect a sovereign Sultanate in 1892.

Equally important, the British perceived their relationship with the sultan as a useful counterbalance to their various “relationships” elsewhere in the region. Indeed, London persuaded successive sultans to greet nascent emirates with less than full support, if not outright hostility. In part as a result of this legacy, and in part because of its own imperial history, Omani perceptions of the emirates before 1971, and the UAE after, have resulted in incident-prone ties.

The UAE and Oman: Opportunities and Challenges
Link to the complete document

Oman and UAE: Comparisson Chart
Link to the complete document