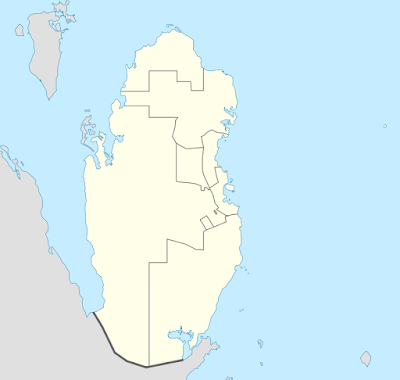 Back in 2001, Qatar and Saudi Arabia signed a final agreement, bringing the curtain down on a 35-year-old territorial conflict in the second such settlement in a week for the Gulf peninsula state, reported AFP.
Both Governments signed the 15 maps and documents included in the agreement over 60 kilometers (40 miles) of sea and land borders between the two countries.
"With the signing of this agreement, all border conflicts between countries of the Gulf Cooperation Council (GCC) are settled," Prince Saud was quoted by AFP as telling reporters after the ceremony. "After settling our territorial conflict with Bahrain, we are proud of our relations with Saudi Arabia," his Qatari counterpart said.
Amid a long dispute over an unpublished 1965 border accord, Qatar and Saudi Arabia clashed in 1992 when Saudi troops occupied a Qatari border post before Egypt mediated to end the dispute.
Riyadh and Doha in June 1999 signed maps marking a joint border, which were drawn up by a joint technical committee. Bedouin tribes live in the border area and frequently pass between the two countries.

The Region and the Historical Participation of External Interests
Occupying a small desert peninsula that extends northward from the larger Arabian Peninsula, it has been continuously but sparsely inhabited since prehistoric times. Following the rise of Islam, the region became subject to the Islamic caliphate; it later was ruled by a number of local and foreign dynasties before falling under the control of the Āl Thānī (Thānī dynasty) in the 19th century.

The Āl Thānī sought British patronage against competing tribal groups and against the Ottoman Empire—which occupied the country in the late 19th and early 20th centuries—and in exchange the United Kingdom controlled Qatar’s foreign policy until the latter’s independence in 1971. Thereafter, the monarchy continued to nurture close ties with Western powers as a central pillar of its national security.

Britannica.com
Link to the complete document