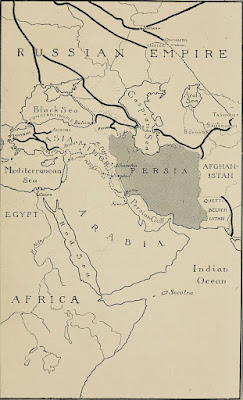 For a complete and updated detail of TERRITORIAL DISPUTES, see CIA’s Factbook (country by country)
Link to CIA's FACTBOOK

Territorial dispute encompasses “boundary dispute” and “border dispute”. In other words, “territorial dispute” is a more generic expression than the others and therefore ought to be preferred.
A boundary is an imaginary line delimiting the territorial jurisdiction of one state from that of another. A border or frontier on the other hand is the area or region or zone having both length and breadth indicating, without necessarily fixing, the exact limits where one state starts and another ends.
There appears to be no fundamental difference between a boundary and a border or frontier save for the fact that whereas a boundary as a line has no breadth, a border as an area, region or zone does. The terms must however not be used interchangeably. Breadth or no breadth, the cardinal function of a boundary or border is to separate one territory from another. Therefore, any dispute concerning the appropriateness or otherwise of a boundary or border is necessarily territorial.

Territorial dispute in the Persian Gulf is a product of imperialism and colonialism. Territories were constructed based on European political considerations, and usually without regard to tribal and ethnological factors. The boundaries of the modern Persian Gulf were the creation of European diplomats partitioned among themselves with little regard for, or knowledge socio-cultural characteristics of the region.

Britain and the Gulf
For a period of over one hundred and fifty years, from 1820 until its withdrawal in 1971, Britain was the dominant power in the Gulf. Like many other European powers – notably the Portuguese, the French and the Dutch – Britain’s initial interest in the Gulf region, which began in the seventeenth century, was driven by the development of trade and commercial interests. The nature of Britain’s involvement began to change, however, after it consolidated and expanded its colonial holdings in India.

By the late 1950s, British presence in the region was subject to growing criticism as Arab nationalist ideas grew in popularity throughout the Arab world. Although Kuwait became independent in 1961, Britain continued to dominate the Gulf for another decade until 1971 when it formally left the region and the other states on the Arab side of the Gulf received their independence.
While Britain relinquished its direct political control over the region, it retained a great deal of influence and to this day political, economic and military links between Britain and the Gulf States remain strong.

The British in the Gulf
Link to the complete publication