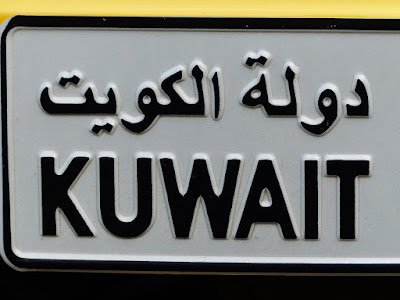 Kuwait is a small country with an area of 17,820 km2, located at the top of the Arabian/Persian Gulf. It is the passage to the northeast of the peninsula, and the link between the island and the plains Tigris and Euphrates and the Iranian plateu behind it, which makes it of commercial importance.
Kuwait is located among countries which are considered in the region as medium, competitive and influential. Its policy is characterized by neutrality and balance, with a mediating role between middle powers because it enjoys balanced relations among them.

Iran, which covers an area of 1,633,188 km2, located in Central Asia, with the Caspian Sea on the north, Afghanistan and Pakistan on the east, the Arabian/Persian Gulf on the south, the Gulf of Oman, and Iraq on the west. It is considered as a natural passage for international trade an overseas the most important reginal water straits, the Strait of Hormuz.

Kuwait and Iran have a common maritime border, which led to some kind of communication between them, and make Kuwait one of the closest points of convergence between the Iranian plateu, and the Arabian/Persian peninsula.

Iran, Kuwait and the GCC
Internal politics, the sectarian balance within its mixed Persian and Arab Shia population, and regional tensions have shaped Kuwait’s relations with Iran. Kuwait has distinguished itself by actively seeking to reduce regional sectarian tensions. In 2017, it promoted mediation with Iran and Qatar when relations with the other Gulf Cooperation Council (GCC) states were at a low. Kuwait, like Oman, has historically rejected the Saudi-led call for greater GCC integration, a position Iran has tried to capitalize on.

Kuwait shared its neighbours’ anxieties when the Iranian revolution took place and feared its spread. In addition, during the initial period of the Iran–Iraq war, several terror attacks in Kuwait were traced to Iranian support for local Shia groups. In response, Kuwait supported Iraq, which resulted in Iran eventually retaliating by targeting Kuwaiti oil facilities and tankers in 1987.

After the war, relations remained strained until Iran condemned Iraq’s invasion of Kuwait in 1990, opening the door to post- Gulf war diplomacy and increased economic and political interaction, which grew most during the Khatami presidency. Sectarian tensions also abated after the first Gulf war, mainly due to increased domestic support among Kuwaiti Shia who rallied around the Al Sabah ruling family and supported the war resistance efforts. In 2003, Iran and Kuwait signed a security cooperation treaty, which has been followed up by further MoUs designed to improve trade, cooperation and trust.

The United Kingdom, the Region and Kuwait
In 1899 the British concluded a treaty of protection with the ruler of Kuwait, along the lines of treaties they had already concluded in the early part of the nineteenth century with Bahrain and the Trucial States. By this agreement, the Shaikh of Kuwait pledged not to receive representatives of foreign powers, sell or lease land, or conduct foreign policy without the agreement of the British Government.

Shortly after, in 1904, the first Political Agent was appointed, a British member of the Government in India, who was responsible for giving advice to the Shaikh (the advice, particularly in foreign affairs, was effectively binding upon the ruler); his responsibility was to the Political Resident in the Gulf and through him the Government of India, rather than the India Office in London.

In 1913, the Shaikh of Kuwait promised Great Britain that he would not give an oil concession to anyone expect a person appointed by the British Government. So, by the outbreak of war in 1914, at which point the British recognised Kuwait’s complete independence from the Ottoman Empire, Kuwait was effectively a British protectorate, and the British had an exclusive oil agreement.

A Struggle for Supremacy? Great Britain, the United States and Kuwait
Link to the complete document