SOVEREIGN GAME: HOW TO SOLVE SOVEREIGNTY CONFLICTS (PART 5 OF 21) 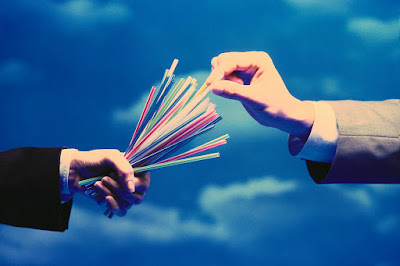 Who may take part in the negotiations about the sovereignty over Khemed?


Sovereignty conflicts or disputes have a particular feature: all the involved parties have an identity of interest, which at the same time is the centre of the conflict itself. In other words, the sovereignty over the claimed territory is the subject matter that seems to offer a mutually exclusive relationship among the involved parties and at the same time a jointly or collectively exhaustive one.
Sovereignty conflicts have a mutually exclusive nature amongst the claiming parties since it seems that the sovereignty over the claimed territory must be acknowledged to only one of the involved parties. That means that in principle the parties cannot be sovereign at the same time over the same territory. Sovereignty conflicts have a jointly exhaustive nature as it seems that at least one of the options must happen, that is the sovereignty must be acknowledged at least one of the claiming parties.
In one case or the other, who is the rightful sovereign over a populated territory when we have more than one claiming party? Directly linked to this point, what kind of procedure (if any) should the claiming parties follow should they want to end peacefully and definitely the dispute? Finally, this question leads to many more: who should be the legitimate decision maker? How would this decision maker be chosen? And so on.


Previously, we introduced a fictional story… Once upon a time, there was a world with three peoples, the Khemedians, the Syldavians and the Bordurians.

We are going to assume that, for whatever reason, the three populations—Khemedians, Syldavians and Bordurians—have decided to move from the zero sum game they have been involved in relation to the sovereignty over Khemed and have agreed to start negotiations so as to reach an ultimate and final agreement to settle the dispute.

First things first: who can participate in the negotiations


Like any negotiations, in the case of sovereignty disputes or conflicts, before the parties agree to decide on discussing anything, first they will have to agree on WHO has a right to participate in the negotiations. In our example, do all three parties have automatically a right to participate? All three, Khemedians, Syldavians and Bordurians participate by default? Alternatively, only the parties that are already sovereign? Or, only the party that is the centre of the dispute/conflict?


In short, it is still undefined who has the right to claim sovereignty. Assuming that all the three claiming parties, that is Khemed, Syldavia and Borduria finally decided to leave behind egoistical interests and were looking for a real, definitive and peaceful solution for the dispute, before going into any negotiations, they would need to agree on who would be able to participate. Indeed, this is the key question we have to answer first, particularly important to all the claiming parties because Borduria and Syldavia opposed to each other.

Any claiming party in any sovereignty conflict should have what I call a “colourable claim.” (Núñez 2017)* In other words, they must have a valid reason to claim sovereignty over Khemed—obvious examples are effective occupation, consent by the other agent in the dispute, consent by other States, and/or consent by the international community. That reason should be “colourable” enough to prove that their intended rights are at least plausible to be acknowledged, and they can be based on any reasonable circumstances—e.g. political, historical, legal, geographical arguments to name a few.


A colourable claim recognises surface legitimacy to claim sovereignty to a party. But it does not need to be the case that Khemed, Syldavia and Borduria have equal claims in respect of Khemed. In fact, one of them could have a claim that entitled it to double the weight of the other party or that of Khemed, for whatever reason. That is because a colourable claim refers only to the right to claim sovereignty, and that is prior to any negotiations. It is in the negotiations when the parties may discuss the weight of their claims.


Broadly, a colourable claim can be based on: 1) historical entitlements; 2) the legal status of these claims; and 3) moral considerations. Note that this list is not exhaustive and only includes some of the most common examples in sovereignty conflicts. That is because a colourable claim refers to surface legitimacy and hence can be based on any prima facie reasonable circumstance related to the sovereignty over Khemed.


Some questions may arise, in particular, in relation to the participation of Khemedians in the negotiations. On the one hand, would it be fair for them to negotiate the sovereignty of the territory they are inhabitants of? On the other hand, do we need some minimum criteria here to help us determine when the residents of the disputed territory get a vote?


Intuitively, it may sound unfair for someone to negotiate what is supposed to be his/her own. However, the reality is that the sovereignty over Khemed is the centre of the whole dispute. These inhabitants do live there, but their right to do so as an independent, sovereign state is under discussion. Nevertheless, that does not mean that they can be left outside the negotiations. They are rational beings and human beings and hence they have human rights, even though sovereignty disputes are not an issue of human rights only. Therefore, it would be simply unfair to ask them to leave or not to take their claimed rights into consideration. In the hypothetical scenario there were negotiations and the Khemedians did not participate, Borduria and Syldavia would be deciding the future of a whole population (and for the next generations) with various consequences at different levels—e.g. territory, exploitation of natural resources, law, taxes, etc., and that seems completely unfair.


If we pursue a solution both possible and fair, to ask Khemedians to go into negotiations about their sovereignty is fair, provided that their right participate is welcomed by all the claiming parties—i.e. they have a colourable claim.