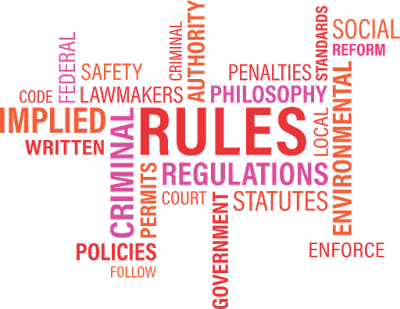 The Israel-Palestine difference: partial conclusions about government and law


The last two posts started with the aim of proposing a way in which governmental authority could realize the EGALITARIAN SHARED SOVEREIGNTY. They presented two ways in which sovereignty may be shared:

a) the claiming agents Israel and Palestine “share in” sovereignty by each of them participating in all the institutions in the third territory (executive, legislative and judicial powers); and


b) the claiming agents “share out” sovereignty by each party having sovereignty over a different sphere.

Indeed, we discarded the latter but draw some positive conclusions along the analysis:


1) the disputed territories will have one legal system;


2) this legal system will not be one of the existing ones;


3) it will be created by the legislator;


5) the legal system will have certain notes (acceptability, humanity, effectiveness, simplicity, and justice).

What is clear is that the question related to law is a matter not of equality but of acceptability to all parties by applying the EGALITARIAN SHARED SOVEREIGNTY. As in the previous cases, the EGALITARIAN SHARED SOVEREIGNTY addresses the controversies introduced when selecting the applicable law. In what is specific to government and law, in the context of the Israel-Palestine difference, it means:

Firstly, the disputed territories will have an independent legal order based on pre-existent systems, in the sense it uses what is best (so defined by its acceptability, humanity, effectiveness, simplicity and justice) provided it coheres with the rest of the system (egalitarian consensus principle and principle of efficiency).

Secondly, that all parties are involved in the administration (they “share in” sovereignty). Therefore, the shares will be represented as bundles of rights and obligations. In this case, the three agents have equal rights and obligations to participate in every step in the creation, execution and application of the law. Thus, as the second pre-requisite must be respected, the liberties of the inhabitants of the disputed territories are protected. Following the general aim of the model proposed here, the legal order would be divided into three branches (one for each step in relation to the creation, execution and application of the law). Thus, each branch should secure the representation of both Israel and Palestine. Besides, in case of conflicts of law there would be a Superior Tribunal or Higher Court with representatives of Israel and Palestine. The details in respect of the election of the authorities and their internal procedures would be reached in a new agreement that cannot contradict in any sense the principles agreed in the original position.

Thirdly, the rights of all the parties must be respected. Then, as all the agents will participate in the making and decision process, the elected authorities of the disputed territories would create, execute and apply law with the only limit being the principles agreed in the original position. Therefore, in any instance in which there was a contradiction between a norm and the agreement reached in the original position, the contradictory norm would be automatically invalid—safeguarding the interests of all the parties. Israel and Palestine (through their representatives in the institutions of the disputed territories) would have a further safeguard given by the veto power should their wishes were being systematically overridden in the decision-making process used in the institution.

In summation, the previous paragraphs demonstrate how it is both possible and advisable to deal with conflicts of law in a sovereignty dispute as a way of solving the difference. By recognition of equal actual and potential rights and burdens over the disputed territories (egalitarian consensus principle), each agent (Israel and Palestine) would be in a relative similar situation, including the inhabitants of the disputed territories.

In particular, about the law, among several options, the establishment of an independent legal system appears as a reasonable choice since it would secure the interests of the population of the disputed territory and, at the same time, the presence and equal relative position of both Israel and Palestine. Although it would be an independent legal system, it would be recommendable that the authorities in charge of the creation, execution and application of law had representatives of the all the involved agents. By doing so, there is a shift from equality to acceptability.

Therefore, it would give the legal system a permanent feature that would support its predictability and would result in the stability of the model as a whole since it would embrace the interests of all the parties and would not leave any of them in a comparable disadvantageous situation (equilibrium proviso). Indeed, the combined working of the legal system, and in some ways the political one, seem to require less use of the EGALITARIAN SHARED SOVEREIGNTY than other areas and more use of choosing and combining elements from existing systems in order to maximize and have a more efficient running of the system. But, these are still parts of the solution proposed here, the egalitarian shared sovereignty in the form of a) egalitarian consensus; and b) principle of efficiency that result in c) equilibrium amongst the parties.