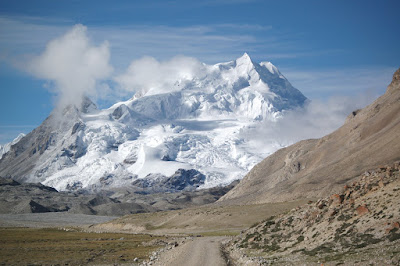 Kashmir, issues at stake and domestic, regional and international contexts
TERRITORIAL DISPUTES such as Kashmir have to do with domestic, regional and international elements. As Huth says “states leaders are both national security managers as well as domestic politicians seeking to maintain their position of influence and power. As such, the foreign policy goals of state leaders should reflect the pursuit of both external security as well as domestic political gain.”
Huth, Paul K. 2001. Standing Your Ground. Territorial Disputes and International Conflict. The University of Michigan Press.

Pakistan was defeated by India in 1971. The Simla Agreement was signed in 1972. Several decades after this agreement and Pakistan has not made any important concession to India or taken any steps towards solving the dispute.
On the contrary, it has opposed to India in the Siachen Glacier region and has strengthen its position in terms of conventional forces and nuclear weapons. Also, it has supported the right to self-determination over Kashmir.
Claiming that this TERRITORIAL DISPUTE is based either on domestic, domestic or international elements is being short-sighted. The issues at stake are many (see POST 9: Territorial disputes: issues at stake).

The strategic location of Kashmir as a link between India and Pakistan intertwined with the economic value of the natural resources present in the region are the tip of the iceberg. Religious, linguistic, cultural, historical ties between populations and a potential political unification add the sociological and political components.
The same dispute offers many international angles from balance of military forces between India and Pakistan as neighbors and competing powers to alliances with third parties.
For instance, as Merrills makes clear, in the early days of the conflict on the one hand “the mediation of the Soviet Union was instrumental in securing the cease-fire […] and on the other hand “a political interest in restoring stability to an area close to the southern borders of the Soviet Union and avoiding the risk of Chinese intervention, while at the same time advancing Soviet influence in the region.” In addition to India, Pakistan, the former Soviet Union and China, the United States “was too closely aligned with Pakistan” and the United Kingdom “cut off military aid and was attempting to have India condemned in the United Nations.” Even the bargaining power was evident in the United Nations with the former Soviet Union and its place in the Security Council.
Merrills, J.G. 2017. International Dispute Settlement. Cambridge: Cambridge University Press.

With this extremely brief account, it is evident that there is a myriad of domestic, regional and international elements present in this TERRITORIAL DISPUTE (Kashmir). Therefore, it is not strange that traditional remedies do not work and after the cease-fire, no progress has been made in resolving the fundamental issue. A succession of provisional arrangements, times of relative peace and crisis followed and a permanent solution is yet to come.

If India, Pakistan and Kashmir (and the regional and international communities) actually want peace and international security at least two paths must be taken: a) recognize the complexity in territorial disputes (they are not uni-dimensional); b) a revised remedy that embraces this complexity and somehow accepts the interests of all parties (or at least, it does not ignore them) should be examined.