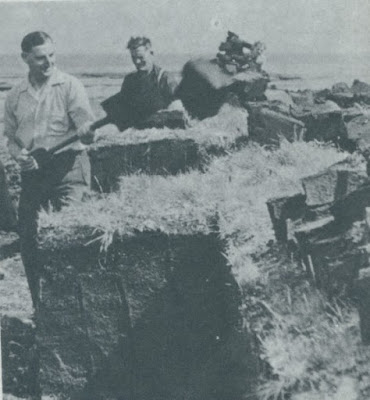 The Falklands/Malvinas islands, the Egalitarian Shared Sovereignty and natural resources
The issue related to natural resources is one of the most controversial elements in TERRITORIAL DISPUTES. It is usually the case the real reasons behind these TERRITORIAL DISPUTES is different (domestically, for example, level of popularity of ruling party, corruption, unemployment, security, etc.; regionally and internationally, geostrategic location, bargaining power, debt, etc.). However, natural resources are used to justify ongoing disputes (or to create new ones). See POST 9: Territorial disputes: issues at stake.

Natural resources are any material in raw condition present in the territory, organic or mineral, that is not initially a product of any kind of human activity. Some States are rich in natural resources, others are not: no particular amount of natural resources defines a State. But the distribution of natural resources is usually one of the main problems when dealing with sovereignty disputes even though the involved sovereign States may already be wealthy ones; it is a feature that always presents controversy.

There are two key connected issues with natural resources. First and more evident, who owns them. But, even if we had an answer to that, this does not solve the controversy either. That is because, even though Argentina, the United Kingdom and the Falkland/Malvinas islanders agreed to distribute natural resources, other highly controversial issues remain. This is not only a matter of distribution because the resources have to be farmed, or mined, or piped, and someone has to do the work, and someone, whether a private individual or the State, has to own the farms, mines, pipes, etc.

The EGALITARIAN SHARED SOVEREIGNTY may rule out extreme situations, that ownership, public or private, should be totally in the hands of the territory where the mines, etc., are situated, without regard to the needs of the two sovereign States, or that it should be totally in the hands of the sovereign States.
It would also rule out the idea that existing ownership should automatically continue, or that everything should be left to the market.
In brief, in order to to acknowledge the controversial features that natural resources present and still apply the egalitarian shared sovereignty solution and hence distribute them, the following points have to be addressed: a) just distribution as the aimed outcome; b) the ownership system of natural resources; c) the exploitation system; d) the gains and losses of the involved agents; e) the needs and capabilities of all three parties.

The differences in relation to natural resources imply several different aspects (for example, means for the exploration and exploitation, geographical location, relevant knowledge, etc.).
It is for that reason that the shares will be represented as bundles of rights and obligations, benefits and burdens. However, in terms of property rights, all the parties will have the co-ownership of the natural resources (minus the ones originally owned by the inhabitants of the islands), and this will involve both rights and obligations.

A combination of elements may fit in the aim of the egalitarian shared sovereignty if and only if the combined elements or resources that an agent may exploit could not be exploited to the same efficient extent in any other way (for example, joint ventures).
Two points must be made clear: because the model aims to safeguard the interests of all the parties, the different combinations of natural resources in the bundle is in terms of their exploration and exploitation—not their ownership or the distribution of consequent benefits; and as this requirement is defined by bundles, each bundle may be constituted of diverse elements that taken together offer the same outcome: an efficient exploitation. Therefore, this implies a solution by means of an efficient model with safeguards for all the participants.

The egalitarian shared sovereignty has a twofold application in terms of natural resources. First, the most efficient combination of exploration and exploitation of natural resources bearing in mind the differences amongst the parties. Second, any party better off in relation to a given difference will make sure the other parties are able to exploit their respective share of natural resources to the same extent—when possible—or compensate the inequality.

Consequently, even if variations appeared in the future in terms of either natural resources—e.g. drought, scarcity, lack of trading value—or the level of development or wealth of any of the agents, their ownership rights would still be the same for all of them as well as their rights and obligations in terms of exploitation and the way benefits were allocated. Let us think of Argentina’s volatile financial past and more recently, Brexit posing a strong question for the United Kingdom’s future.

NEXT POST: The Falklands/Malvinas islands, the Egalitarian Shared Sovereignty and natural resources (cont.)