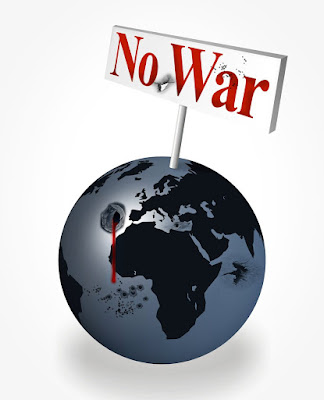 Kashmir, final words
A TERRITORIAL DISPUTE, in simple terms, is a disagreement about “who owns a territory.” In international relations, this means in principle there is a disagreement between at least two parties in relation to whom the sovereign is over a piece of land.
Kashmir is a TERRITORIAL DISPUTE that included India, Pakistan and Kashmir. The previous posts introduced a brief historical chronology, mentioned some key domestic and international reasons behind this case, included references to other regional and international agents that have played (and in some cases, still do) a central role, and explored an ideal solution called EGALITARIAN SHARED SOVEREIGNTY.

This last post about Kashmir as a TERRITORIAL DISPUTE centers the attention on the prominence of this case globally. There are many current TERRITORIAL DISPUTES in the world (more than 100). Kashmir ranks amongst the most prominent for several reasons.

The Carter Center presents:
“Daniel Dzurek has attempted to develop a methodology for assessing the “prominence” of territorial disputes, or their perceived significance.[…] Dzurek divided the relative prominence of border disputes as resulting from their intensifying factors, magnitude, and nature:

Magnitude: size of area in question, number of inhabitants, natural resources, access to trade or invasion routes, and number of casualties (those killed);

“Approaches to Solving Territorial Conflicts. Sources, Situations, and Suggestions.” May 2010. The Carter Center.

Dzurek, Daniel J. 1999-2000. “What Makes Some Boundary Disputes Important?,” IBRU Boundary and Security Bulletin, 83-95; the author has updated and expanded this work in the 2005 article “What Makes Territory Important: Tangible and Intangible Dimensions,” GeoJournal, 64: 263-274.

Taking these variables into account Kashmir (as a territorial dispute) ranks in the top 10 in terms of intensity and in terms of magnitude. The results in terms of the humanitarian crisis speak for themselves.

As a partial conclusion to an ongoing TERRITORIAL DISPUTE it is important to stress the use of force should (and could) be avoided in any event. Whether India or Pakistan have shown a more aggressive agenda including a variety of means, this is an empirical question easily answered by future research.
We all have the option to center the attention on war and revenge. Hence, more deaths. There is another option: to think about how to solve this dispute. This series TERRITORIAL DISPUTES intends to offer a platform for discussion.
With all this in mind, I introduced the overall idea I call EGALITARIAN SHARED SOVEREIGNTY. I develop this approach in full in Núñez, Jorge Emilio. 2017. “Sovereignty Conflicts and International Law and Politics: A Distributive Justice Issue.” London and New York: Routledge, Taylor and Francis Group. Briefly, all parties share sovereignty in equal ideal terms. To get to that, these parties go into negotiations themselves (not UN or any other party alien to the conflict).