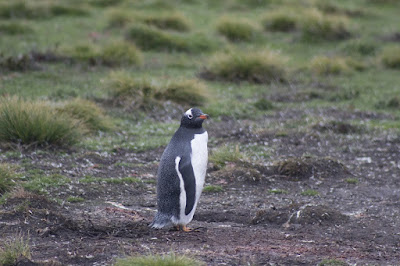 The Falkland/Malvinas Islands TERRITORIAL DISPUTE has all the elements for the type of conflict this series discusses, namely two sovereign States (Argentina and the United Kingdom) and a non-sovereign third territory (Falkland/Malvinas Islands). Indeed, it has features that are often the main cause of controversy in sovereignty conflicts. A very brief historical account will put this into context.

There is doubt about who first sighted the islands and about the first landing (Ferdinand Magellan and/or Amerigo Vespucci or the English sea captain John Davis) in the 1500s. British and Spanish settlements appear afterwards. Argentina declared its independence from Spain (1816) and then claimed rights over the islands as they were part of the region previously under Spanish dominion (1829).
The United Kingdom and Argentina have had continuous presence and/or claimed exclusive sovereign rights over the islands since then, both bilaterally and internationally with a climax in 1982 with a war between the two.

According to the 2012 census the islands had 2841 inhabitants. Most of them (59%) considered themselves “Falkland Islanders” and a large percentage identified themselves as British (29%). Bilateral relations have been re-established after the war.
The sovereignty dispute over the islands continues nowadays. Commerce and trade between the islands and Argentina have been an issue. Because of the lack of negotiations, Argentina has threatened an economic blockade, an idea supported by other Latin-American States with visible immediate negative results for the islanders.
In March 2013, the Falkland/Malvinas Islanders voted in a referendum whether they wanted (or not) to remain as British Overseas Territory. By a large majority (99.8%) they made clear their wishes to remain British.

NEXT POST: The Falkland/Malvinas Islands, Argentina and the United Kingdom