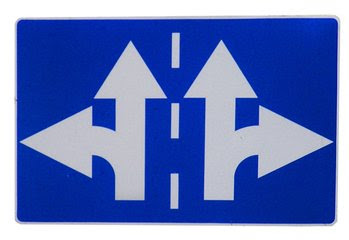 The Falklands/Malvinas islands, final words
A TERRITORIAL DISPUTE, in simple terms, is a disagreement about “who owns a territory.” In international relations, this means in principle there is a disagreement between at least two parties in relation to whom the sovereign is over a piece of land.
The Falklands/Malvinas are a TERRITORIAL DISPUTE that include Argentina, the United Kingdom and the Falkland/Malvinas islands. The previous posts introduced a brief historical chronology, mentioned some key domestic and international reasons behind this case, included references to other regional and international agents that have played (and in some cases, still do) a central role, and explored an ideal solution called EGALITARIAN SHARED SOVEREIGNTY.

This last post about the Falkland/Malvinas islands as a TERRITORIAL DISPUTE centers the attention on why this difference is still ongoing. The answer is as simple as complex. The combination of domestic, regional and international elements make this dispute a stalemate. Although in principle a stalemate may seem negative, the status quo in the Falklands/Malvinas serves some. Huth explains the dynamics clearly:

“[…] very often political leaders are not willing to take risks and undertake diplomatic initiatives that will break a long-standing stalemate in negotiations. Furthermore, leaders themselves are socialized into viewing the target as an adversary and, as a result, they are not predisposed to view concessions as a legitimate option. Furthermore, […] a history of military conflict with the target can be used by the military to justify larger budgets […]. The combined effect, then, is that the idea of offering concessions and proposing a unilateral initiative to break the stalemate is a policy option quite difficult to get on the policy agenda of political leaders within the challenger. Few voices are advocating such policies within the challenger, and the prevailing climate of opinion (both mass and elite) is opposed to such a change in policy.”

Huth mentions some examples, amongst them the treaty signed between Argentina and Chile about the Beagle Channel. In that occasion, Alfonsin pushed for a settlement against opposition by means of a referendum that legitimized the decision.
“[…] leaders were typically constrained by domestic political forces to be very cautious in moving toward a compromise settlement, since popular and elite opinion, and often the military, was opposed to such a policy. [...] In most situations the leader’s position of domestic power and authority was better served by continuing confrontation […]”

In a study published in 2017 by Globe: A Journal of Language, Culture and Communication, Leung offers an insight of how British and Argentineans websites refer to each other when they discuss the Falkland/Malvinas islands. In both cased, the views are extremely biased and polarised. The abstract and the link to the complete academic journal article below. A phrase summarises it all “positive self-presentation and negative other-presentation."

ABSTRACT
“Considering "discursive positioning" to be a form of "placement," this study examines how the Falkland Islands or las Islas Malvinas, a place which has long been politically controversial, are discursively positioned on British and Argentinian websites.”

“For instance, in the British corpus, Argentina is construed as an invader (as suggested by the collocates "invasion" and "1982") whereas in the Argentinian corpus, Britain is given this demonized role (via the collocates "militar" [military] and "británica" [British (feminine singular)]). Such findings add strength to van Dijk's (2011) discussion of "positive self-presentation and negative other-presentation." As an example of corpus-assisted discourse studies (CADS), the current research also offers solid evidence on the social phenomenon of "classification" proposed by Bourdieu (1990)—i.e., "a vision of the world is a division of the world."

To conclude the posts about the Falkland/Malvinas islands, a simple question: has anything changed since 1982 dialectic? Both Argentina and the United Kingdom were (and are) going through deep crisis. It was very convenient for both of them at that time (is it the same now?) for domestic agendas. Ms Margaret Thatcher and the Military Junta; Mr David Cameron and Ms Cristina Fernández de Kirchner; Ms May and Mr Macri: the characters seem different. Yet the play is the same. We all have the option to center the attention on war and revenge. Hence, more deaths. There is another option: to think about how to solve this dispute. This series TERRITORIAL DISPUTES intends to offer a platform for discussion.

With all this in mind, I introduced the overall idea I call EGALITARIAN SHARED SOVEREIGNTY. I develop this approach in full in Núñez 2017. Briefly, all parties share sovereignty in equal ideal terms. To get to that, these parties go into negotiations themselves (not UN or any other party alien to the conflict).