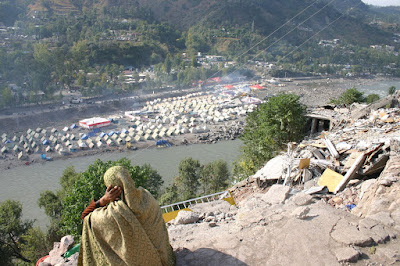 Kashmir: one territorial dispute and several accounts
Sovereignty conflicts like Kashmir (in which several international agents claim sovereign rights for different reasons over the same piece of land) have a particular feature: their solution seems to require a mutually exclusive relation amongst the agents because it is thought that the sovereignty over the third territory can be granted to only one of them. Indeed, sovereignty is often regarded as an absolute concept (that is to say, exclusive, and not shareable).

Kashmir is a clear example of a zero-sum game, with many negative outcomes of different sorts (e.g. social struggle, bad governance, inefficient exploitation of natural resources, tension in international relations, and threat to local and international peace).
Thus, while these conflicts are in principle confined to specific areas and start with negative consequences primarily for the local population, they tend quickly to expand to the regional and—even—the international level (e.g. effects on international price of oil, arms trafficking, terrorism, war). There are many issues at stake domestically and internationally.

Today we include references to articles from the media covering this territorial dispute. In all cases, although this sovereignty conflict has been and is object of study of many sciences (for example, law, political sciences, international relations, only to name a few) these sciences do not share their developments and both different approaches and different languages were applied.
Indeed, although multi and inter-disciplinary studies are promoted in speeches everywhere, it is more a nominal aim rather than an actual reality.

The Kashmir Observer published:
“[…] Both New Delhi and Kashmir Valley now deal with the stereotypes of each other than the complex realities as they exist on the ground. But this needs to change. And it is incumbent on the media to present a correct picture of the state as for the union government to get serious about the situation in the state […]”
Complete article at:
Time for Delhi to get serious about Kashmir

On their territories profile’s section, BBC informs us about Kashmir:
“[…] Since India's partition and the creation of Pakistan in 1947, the nuclear-armed neighbours have fought two wars over the Muslim-majority territory, which both claim in full but control in part.
Today it remains one of the most militarised zones in the world. China administers parts of the territory […]”
Complete article at:
Kashmir territories profile

Dr Nitasha Kaul is a Kashmiri novelist and an academic based in London writes
“[…] There is a widening chasm between the narratives, especially of Kashmiri Hindus (Kashmiri Pandits) and Kashmiri Muslims, that serve the purpose of Hindutva ideologues in power in India, pro-India Kashmiri politicians in Srinagar, and strategic interests of Pakistan.
The tearing apart of any pan-Kashmiri identity along communal lines has been neither natural nor inevitable. It has been engineered over time to serve a whole array of vested interests relating to electoral advantage, weaponry, war, militarisation, tourism and media that gain significantly from the indifference, ignorance, vengeance, resentment and domination of divided Kashmiri communities […]”
“[…]What else, but truths and reconciliations, recognition of the pain and suffering of each other as Kashmiris, solidarity and creation of processes to speak to each other in order to realise a future of peace and freedom, multiplying the representation of voices within a framework of trustworthy mediated dialogue, honouring of principles of human rights and self-determination, move towards alternative media that allows for honest understanding of issues in all their complexity, growing of the voices that speak for justice and humanity, and the writing of many, many stories that can be heard by those who need to empathise […]”
Complete article at:
Kashmir: The communalisation of a political dispute

More related recent articles (only a very brief sample) and their weblinks below: