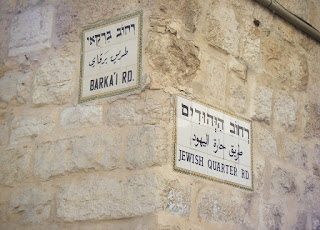 
A colourable claim is based on the legal status of these claims when any of the parties use or may use law to support their right to claim sovereignty. In this case, they may use international customary law or treaty law to support their position. For instance, the case of one of the parties that did not have effective current occupation of the third territory but had continuously claimed sovereignty in international forums such as United Nations following international public law regulations.


“Cases may come before the ICJ, an independent subsidiary organ of the United Nations, by referral through a compromis (special agreement) between two or more states, by a treaty provision committing disputes arising under the treaty to the court, or by the parties’ statements of compulsory jurisdiction. Under Article 38 of the Statute of the International Court of Justice (Statute), when deciding cases “in accordance with international law,” the court applies the following sources of law:
a. international conventions, whether general or particular, establishing rules expressly recognized by the contesting states;
b. international custom, as evidence of a general practice accepted as law;
c. the general principles of law recognized by civilized nations;
d. subject to the provisions of Article 59, judicial decisions and the teachings of the most highly qualified publicists of the various nations, as subsidiary means for the determination of rules of law.
Furthermore, if the parties agree, the court may decide a case under equity principles, ex aequo et bono.
Territorial claims before the ICJ usually fall within one of the above four categories.”

What does all this mean in relation to the Israel-Palestine difference?


The next lines centre only on Jerusalem to keep it brief and, at the same time, to show the level of complexity.


“1. ii. Termination of all claims or states of belligerency and respect for and acknowledgment of the sovereignty, territorial integrity and political independence of every State in the area and their right to live in peace within secure and recognized boundaries free from threats or acts of force; […]”
In short, the legal status of the complete area remains open. Meanwhile, both parties enforce by different means sovereignty de facto."

Tomorrow, the third ground for a colourable claim: moral standing.

For a reference to a “colourable claim” and its ground see these previous posts from the TERRITORIAL DISPUTES series: