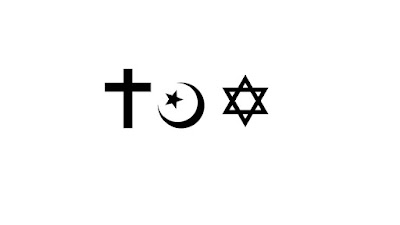 The latest posts on this series about TERRITORIAL DISPUTES centred the attention on the Israel-Palestine difference. The last two posts introduced the EGALITARIAN SHARED SOVEREIGNTY and some key elements related to the people in Israel and Palestine (and the diaspora, refugees and settlers) respectively.
In general, by applying the EGALITARIAN SHARED SOVEREIGNTY, the inhabitants of the disputed territories would be citizens of both sovereign states, they would have a common passport (an Israeli/Palestinian passport) valid in the disputed territories. In terms of religion, as the second pre-requisite recognises basic non-political liberties, freedom of belief would be adopted at a constitutional level, so that no one may be discriminated based on religion. The lexically prior prerequisite of non-political liberties controls this.
A few points have to be clear about I mean by both sovereign states:
First, we have maintained in all these posts that Israel is de jure and de facto a state whilst Palestine is a de facto state. Israel would continue having de jure and de facto sovereignty over any non-disputed territories that are not part of the original difference. Israel and Palestine, therefore, would share de jure and de facto sovereignty only over the disputed territories. That means that Palestine would have de jure sovereignty recognition (and all that this implies).


Secondly, sovereignty territorially defined is a modern concept. Sovereignty per se is not. Sovereignty territorially defined has to do with the European transition between the Middle Ages into the Modern Era (Bodin in Continental Europe, France, and Hobbes in England). Until that point in history, sovereignty was a personal attribute. In that sense, Palestinians have de facto sovereignty over the disputed territories (they actually live there) and can have de jure sovereignty by means of international law (for example, recognition by their peers; in our case, Israel). I have academic publications about the concept of “sovereignty” and its limited nature in which I show that these limitations enhance rather than diminishing the concept since they make cooperation possible. For the purpose of this series (since they are for the general public) I intentionally avoid technicalities and jargon.
Thirdly, Israel and Palestine would have to agree on the actual details about how to acquire the joint nationality and/or citizenship. The options may include one, all or a combination of them (birthright, jus sanguinis, blood line, descent or ancestry, and residence). For example, whether by simply demonstrating actual settlement on the disputed territories is enough evidence or if a minimum term is required. This and any other issue has to do with the avoidance of people moving into the disputed territories only to secure themselves the newly agreed legal status (and consequent rights).
In particular, as the difference in this example is given by the larger society and stronger economy in Israel, this state would have a stronger constraint in being a welcoming party for the inhabitants (input-to-output ratio principle). In that sense, the main concerns for the inhabitants of the disputed territories (security, human rights violations, terrorism). That is because, although Palestine would also have the obligation to welcome them as its citizens in its territory, these people would have the right to opt to be nationals of both States (that is to say, they have the right to relocate).

In regard to the particular issue of human rights, reciprocal control amongst the two parties (egalitarian consensus principle) could secure an improvement in the present situation (a point discussed in more detail when dealing with government in this series and this particular TERRITORIAL DISPUTE). In particular, employment opportunities generated within the boundaries of the disputed territories because of the exploitation of natural resources, could be the result of a joint enterprise, details of which will be discussed when considering territory.