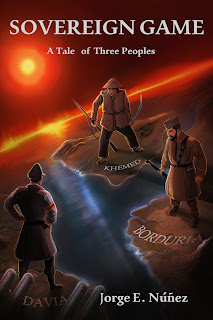 Description
This book is in a way an offspring of my earlier Sovereignty Conflicts and International Law and Politics. A Distributive Justice Issue (Núñez 2017, Routledge Taylor & Francis). That publication had a similar aim: to offer a platform for open discussion in which I adapted Rawlsian methodology to assess sovereignty conflicts such as Kashmir, the Falkland/Malvinas islands and Gibraltar to try to come up with a solution to these conflicts that no reasonable party could reject.


That work partially fulfilled its aim. I had the opportunity to present my ideas in academic contexts around the world. Valuable lessons came, too, as wise people wrestled with what I proposed. However, I realized that although the intention behind my book was good, it was not going to deliver the impact I wanted. That is because my work was (it has always been) geared to all people whether they are academics, politicians or people in general.


That is how this book started. I started writing a blog series. The posts developed into a unity. You have now the final product, a sort of fairy tale in which three populations see their world coming to an end and have to decide whether to continue with their disputes or leave their differences behind and work together for the common good.


As with any fairy tale, I can only wish upon a star for this to happen in our real world and people, and for our governments and the central powers of society to set their