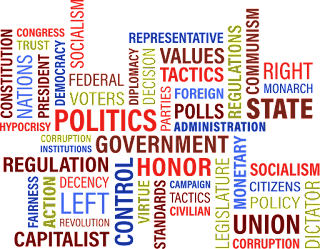 There are several “peoples” (Israel, Palestine, diaspora, refugees and settlers) in this particular TERRITORIAL DISPUTE with various features in terms of population and therefore, there are undoubtedly several differences amongst them. We discussed (post 48) whether some external populations might be seen as a third party (diaspora, refugees, settlers). We concluded they are not a third party as that would be a misconception. Rather, they would be part of any of the claiming parties (Israel or Palestine).

What do people want? Their concerns are…

"Civilian defense means, shelters, and domestic assistance operations have taken on new urgency. The other "softer" dimensions of national security, such as national resilience, consensus, collective motivation, and social unity are also understood as central components both within the internal Israeli environment and vis-à-vis the power balance with its neighbors and adversaries.”
The Institute for National Security Studies


“The study shows that 31 percent of the public feel that the most significant external threat to Israel today is the northern arena. This finding departs from results of previous years, when the public did not view it as a significant danger.
[…]
Regarding the Israeli-Palestinian conflict, 21 percent of the population feel that this is the major external threat to Israel. Compared to the last two years, this is a decline in the number of people with this perception and a return to the percentage regarding this threat before the “wave of terrorism” that began in October 2015.”
Survey 2018 by INSS (results published by the Jerusalem post)

Palestine
“In the first quarter of 2018, PSR’s poll explored various issues and public concerns: (1) the American role in the peace process and reports concerning the “deal of the century,” (2) the Gaza explosion which targeted the Prime Minister’s convey, (3) the great decline in popular participation in non-violent confrontations, (4) the possible participation of East Jerusalemites in Jerusalem’s municipal elections, and (5) other internal matters such as the worsening living and humanitarian conditions in the Gaza Strip, eavesdropping on phone calls of Palestinian citizens, the status of Palestinian democracy and human rights, reconciliation, and the internal balance of power.”
Policy and Service Research (2018 Public Opinion Poll)


“Findings indicate that most respondents (59.5%) have a positive opinion of Israeli citizenship, 39.4% a very positive opinion, and that 62.6% feel "Israel is ultimately a positive place to live."
“The centrality of domestic concerns among Arabs in Israel is a considerable change compared to the 1990s, during which Arab citizens' focused on Israel's peace process with the Palestinians and saw this issue as directly connected to the advancement of their own civic equality. Based on the poll's findings, the current agenda of Arab citizens was summed up as "equality and security (personal, occupational) now, peace later."
Inter-Agency Task Force on Israeli Arab Issues (KAS Poll 2018)

Taking into consideration people’s concerns and by combining the aforementioned figures, it is easy to see that Israel is both larger in terms of population and nominal GDP per capita in comparison to Palestine, and this offers a difference in this conflict that can help to achieve a solution. That is because in relation to Palestinians, although they do think the dispute is important for them personally, for a very large majority the main concerns are other issues. Unemployment, poor economic development, human rights issues are what the Palestinians are really interested in.