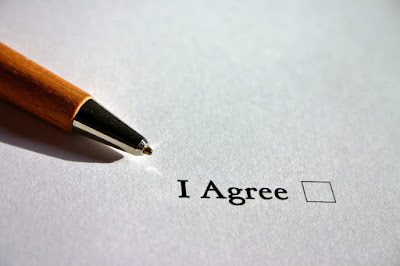 They understand that they are dealing with many issues such as activities or goods, and these many issues imply both benefits and burdens. So, to ask all of them to contribute equally and receive an equal return is not the solution.
Neither is it for the better off in any given activity to contribute more and the least advantaged in any other activity to receive a larger benefit. They may either lead to domination or to continuous assistance. Because they do also know that they will maintain the agreement under the three pre-requisites, they keep their reciprocal non-interference and consider themselves reciprocally equals. In addition to this, they know it is a targeted agreement only referring to the third territory: this is not an agreement based on humanitarian reasons, domestic or global justice.

In order to make the egalitarian shared sovereignty work by acknowledging the many differences amongst the parties, we have to foresee the possibility that one party (or some of them) may contribute more and the other parties considerably less, so it would imply an unbalanced relationship that may indeed lead to a) domination or neo-colonialism; or b) continuous assistance.

Thereby, egalitarian shared sovereignty understood as a balancing principle amongst Crimea, Russia, and Ukraine—bearing in mind their differences—implies:
Crimea, Russia, and Ukraine have all the same right to participate in every aspect of the sovereignty over Crimea. That is to say, they all have the opportunity to present and amend proposals in relation to every aspect of the sovereignty over Crimea (egalitarian consensus principle).
Crimea shares in equal portions natural resources with Russia and Ukraine. Russia shares in equal portions the means for their exploration and exploitation with Crimea and Ukraine. And Ukraine, because of their geographical location, will grant special privileges for both Crimean and Russian enterprises only related to the exploitation of natural resources in Crimea (or any other activity but it must be related to Crimea).

Indeed, either Crimea or Ukraine may have issues in exploiting at the same level of efficiency as Russia their shares of natural resources. Hence, Russia must make sure that both the other agents reach the same level of exploitation or divide the benefits resultant amongst the three parties equally in the meantime, that is it is a targeted shared model.

The principle can be seen in a larger picture across the board with different activities. At first, the smaller and the larger the contribution, the smaller and the larger the return respectively. But as the agreement aims to avoid domination (secure non-interference) and has a target, it is to be expected a more evenly shared contribution-return relationship amongst the parties will emerge in the long term.
In the example, at first Crimea would be defended by Russia, and the latter would as well contribute to the exploitation of the natural resources in the peninsula (principle of efficiency). In principle, Russian would receive a larger share of the resultant benefits—the larger the contribution, the larger the return, and let us remember that Russia is contributing towards both defence and exploitation of natural resources in a larger manner than the other two agents (input-to-output ratio principle). This covers the burdens-benefits part.

But, as we have a targeted agreement, Russia must make sure both Crimea and Ukraine reach relatively the same level for the defence of the third territory and the exploitation of natural resources (equilibrium proviso). It is then when the contributions amongst the three will be more even as well as the returns.

Meanwhile, and in order to lessen the gap between contributions and benefits, Ukrainians could use the difference they have in their favour: geographically proximity means a more accessible bilateral commerce with Crimea, faster and possibly more effective response in case of international threat or attack, etc., things that Russia cannot offer.

Moreover, as the first and second pre-requisite grants non-domination and non-political liberties, different religious beliefs between could not be used for the advantage or disadvantage of any of the populations. That is because they are in a certain order of priority.
This principle is applicable only to sovereignty over the third territory and to what concerns the third territory (and all that this implies). Thus, the principle and the pre-requisites are lexically ordered (Rawls 1999, pp. 53 in fine and 54 supra) both mutually and in relation to the egalitarian shared sovereignty. In other words, no transgression of: a) non-domination or non-interference; b) the basic non-political liberties; and c) the principles recognised by the law of peoples, is allowed under any excuse or reason even if that means not fulfilling the egalitarian shared sovereignty.

The lexical order dictates the priority amongst the pre-requisites and the principle if there is a conflict in practice. Indeed, the pre-requisites and the ‘egalitarian shared sovereignty’ are intended as a single conception and not to work individually. However, reality may show instances in which to apply the principle could go against one or both pre-requisites.
Therefore, the lexicographic or lexical preference ordering applies. That is because the agents will have multiple criteria motivating their choices. As they will have a ranking of priorities, the choice amongst the different alternatives will follow the highest criterion. Inversely, by respecting the egalitarian shared sovereignty we know the agents will take into account both pre-requisites.

The main reason to proceed this way is to secure a real ‘equal footing’. Indeed, as a result of the lexical order basic rights will only be compared with other basic rights, powers and prerogatives with other powers and prerogatives, and so on. Thereby, arrangements that could imply trading basic non-political liberties for, for example, the exploitation of natural resources, could be avoided. So, none of the agents could use their relative better position at the expense of any of the other parties.