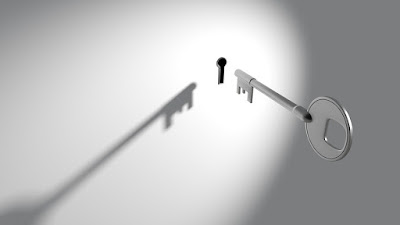 Crimea, negotiations and “similar” or “identical” shares of sovereignty
The egalitarian shared sovereignty solves sovereignty conflicts because it simply acknowledges the facts, because:

a) that sovereignty conflicts and sovereignty are complex issues;
b) that complexity is given by these issues being constituted by activities and goods that imply both benefits and burdens; and
c) that the claiming agents are most probably in very different comparative situations in many senses.

We do not have the problem of defining equality because we are not referring to the parties but to the target, the third territory. All the parties receive equal shares of sovereignty since these shares are ideal (they only represent their right to equal benefits and the obligation to equal contributions and only in what is referred to the third territory).

Thereby, if they can make equal contributions, they will receive equal benefits. We do not even think of their relative situations as members of the international society. They are equal or not in as much as it is referred to the target, the third territory.

Coincidentally, if they cannot fulfil their obligations to the same extent, their returns will be affected. It is when the qualitative differences come into play. And they are referred to the situation of each of the parties in relation to a specific good in what matters only to the third territory.

To give an example, if a party A cannot defend the third territory because it does not have any means of defence, then it cannot contribute (so its return will be lessened).
As we have two pre-requisites and a targeted agreement, the other two parties B and C will have to assist party A in as much as their assistance is needed to let party A have a similar contribution in regards to that specific good or activity (in the example, parties B and C will assist in the development of the means of defense of party A, but only in as much as it is necessary for the defense of the third territory).

Indeed, the egalitarian shared sovereignty provides for the legitimacy of initial differences in the benefits and burdens of the parties in a way that the equality principle does not. So, when we reach the ultimate egalitarian shared sovereignty goal of equilibrium amongst the parties, there will be no problem in knowing what ‘equal shares’ require since these will be similar shares of each of the goods relevant to sovereignty (output) amongst three agents with similar level of use of their respective shares (input).

I use the term “similar” rather than “identical” when I refer to the final shares since there will be obviously some elements that because of factual restrictions or limitations cannot be equally or identically used, or at least not to the same extent in the literal meaning of these expression such as geographical proximity.

Following the previous paragraphs, the next post will introduce a hypothetical situation in order to show how the egalitarian shared sovereignty works in the context of the Crimean sovereignty dispute. The aim of this example is to demonstrate how by acknowledging certain features and by applying the criteria mentioned before, a shared sovereignty model can work, at least in theory. Note that the following paragraphs will use an oversimplified view with reference to some key points usually controversial in any sovereignty conflict and that therefore are present in the Crimean case.

NEXT POST: Crimea, the Egalitarian Shared Sovereignty, and Utopia