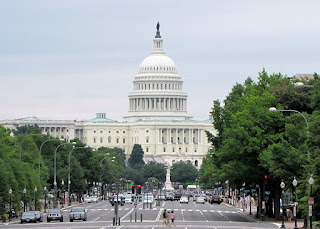 So far, we know what TERRITORIAL DISPUTES are. We introduced the two key concepts of STATE and SOVEREIGNTY. We are now reviewing the main elements that give flesh to a SOVEREIGN STATE and some of their sub-elements. First, POPULATION (including language, ethnicity, religion); second, TERRITORY (including natural resources, defence, extension). It is time today to refer to GOVERNMENT.


c) government: a person, group of people or body that represent the will of the population. We shall discuss here if the different ways the government may appear or the diverse persons may be considered representatives could affect in any way the existence of a State.
Once clarified these points, we shall concentrate our attention in the effectiveness of what they are supposed to do and any possible limits to their actions (in diplomacy and economy).

In regards to this point, and following the classical tradition of classifying them according to the number of representatives (one, a few or all) we find: monarchy, aristocracy and democracy. Without entering into an analysis of the concept of “forms of government” (not the objective of this project) the intention is to simply highlight the existence of actual States fulfilling different patterns (hence, the mention of only the basic typology): from States that claim to have absolute monarchies (i.e.: Brunei, Oman, Qatar, etc.), through constitutional ones (i.e.: United Kingdom, Denmark, Spain, etc.) to representative democracies (most cases) the globe offers a wide spectrum of examples in which although the form of government differs, in all cases they are still States.

It consists on the typical model in democracies (and some other forms of governments) by which the representatives of the population are divided into a trias politica: executive, legislative and judicial power. It can be inferred that actually each of the three mentioned branches connotes one of the classic form of government: the executive and the monarch; the judiciary and the aristocracy; and the legislative and the democracy.


Without revising them, what interests us is that there are degrees of separation of powers around the world. Consequently, to have only one central power or to have it divided into branches does not alter the existence of a State.
We shall develop into detail this point when we refer in the near future to SOVEREIGNTY. However, we are able to anticipate our point of view with the idea that although we accept it is a fact some States worldwide are heavily in debt with other international subjects, they are still independent political organizations. It is true, however, that when a SOVEREIGN STATE is heavily in debt in relation to other international agents its government may see its internal and external decision making power affected in realpolitik.

A paragraph apart in the economy of a State deserves another problematic: Does it need to have its own currency so to be called State? Once more the international arena gives us the answer: with the European Union as a leading case, almost all the members share a common currency (Euro) but they still keep their character of independent States.

The term refers to the activity of negotiations among States linked to many and various aspects (economy, politics, law, peace and war, etc.). It is usually conducted by the head of the State and/or representatives designated to do so (diplomats). It could be considered as a mean a country has to ensure a participation in the international forum.


Is it necessary to have diplomats and/or an international presence? In nowadays global reality it is highly advisable; every State needs in certain way relation with its peers so to fulfil its population’s needs. However, it is not strictly an indispensable component in order for a State to exist.


A different angle departing from the idea a State should (potentially must) have representatives: Could a country share diplomats with others? In other words, could and individual or a group of people represent more than one State? We do not see any reason to negate the possibility. The only reservation we would suggest is in instances in which interests may be contradictory between or among the involved parties. That is to say, to have representation in the international arena is almost imperative for a State; to have its own it is not.