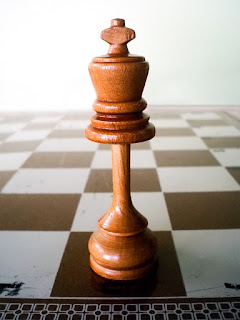 So far, we know what TERRITORIAL DISPUTES are. We introduced the two key concepts of STATE and SOVEREIGNTY.


We started by reviewing the main elements that give flesh to a sovereign STATE and some of their sub-elements. First, POPULATION (including language, ethnicity, religion); second, TERRITORY (including natural resources, defence, extension); third, GOVERNMENT (forms of government, division of powers, autarchy, currency, diplomacy); fourth, LAW (national law and international law). We introduced one last key concept in territorial disputes: SOVEREIGNTY. Today the second (and final) post on SOVEREIGNTY.

c) what is considered as a specific State?


When we use the term State we refer to its four elements: territory, population, government and law. All the previous posts in this series have covered these elements in detail. Very briefly:


A certain rule or norm is only valid within the limits of the territory in which a State takes place. Such limits are established by history, international agreements, law in its broadest sense (i.e. in principle, Italian rules are valid and obligatory within Italy’s borders).


A given rule or norm is obligatory for any citizen (national or not) who is part of the population of that certain State. If someone who is not national of this State is physically within the limits of its territory, he/she will be also subject for this law (exceptions apply; i.e. diplomats of other countries).


Moreover, nationals of this State who for any circumstance are physically in the territory of another State are still obliged by the law of the State they are nationals (again, exceptions apply; i.e. residency, bilateral agreements, etc.).


By government we mean any person or group of people (body) representing the population of a certain State with the capacity and in charge of the creation and application of law. The notion will be shortly developed under ultimate authority.


We use the term law in this definition with an ample meaning. We refer to any branch (civil, criminal, commercial, etc.) created in any way (legal, consuetudinary) that is part of the internal legal net despite its internal or external origin. If the second, it is necessary that this rule or norm had been accepted or had followed the internal procedures to become part of the National Law (depending whether we follow monist or dualist theorists).


It is not important for this article the way these authorities are elected, if they are uni-personal or pluri-personal, indirect or direct representatives, part of a democracy or an autocracy.


As it is now clear, a State has authorities (individual and/or bodies) who represent its population. These authorities are the origin of law with regards that State.


Following pre-established procedures they create and interpret norms within the limits or the territory in relation to the people who constitute the population. We shall not discuss here the internal procedures of creation and application of law.


The only divergence that has been noted among scholars is that some of them require that both the creation and application of law have to be centralized in order to name such a State as National Law.  We shall leave this discussion for now as it does not implicate consequences at this point.


In brief, sovereignty is the exclusive right to exercise with autonomy and autarchy, within a specific State, the ultimate authority in terms of creation and application of law.