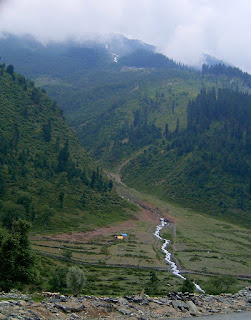 A long-standing TERRITORIAL DISPUTE is the case of Kashmir. The valley of Kashmir has been a centre of conflict since Ancient times. Some trace the presence of kingdoms in this territory as early as the times of Herodotus and Alexander. Also, from early periods there have been influences from India and China, and different religions such as Hinduism and Buddhism, whether Kashmir has been part of an Empire or an independent kingdom. For instance, around 1586 the valley was taken by the Mughals, whose centre of power was Delhi. In the early 18th century, the Persians invaded Delhi. In 1751 the Afghans took over Kashmir.
After that period, the British presence is significant in Asia. In 1809, the British authorities signed a treaty of ‘Amity and Concord’ with Kashmir. The valley was useful for British international agenda because of its geostrategic location against Russia, Afghanistan and China. In 1846, the British authorities signed the ‘Treaty of Amritsar’ with the Dogra King of Kashmir, transferring authority to the Maharaja in exchange for compensation. But this treaty, that was meant to be ‘for ever’ lasted only about a century until British foreign policy changed and decolonisation started; indeed, in 1947 the British left India.


There are often two versions of history. That is mainly because the region presents traces of different and opposed ethnic and religious features. The two main groups are the Hindus and the Muslims. Thus, the Hindus are divided into three main sub-groups—Gors, Karkuns and Buhers—and the Muslims into others—Saiyids, Mughals, Shias, etc. The differences are notorious not only between Hindus and Muslims but also amongst the sub-groups.


In this historical context and with this socially divided background, Kashmir was incorporated to the Indian Union in 1947. Tension between the social groups increased and Hindus and Muslims looked to India and Pakistan respectively for help. Since then, the debate as to whether it should belong to one or two nations persists. The region has been divided into two separate administrations, that of India (Jammu and Kashmir) and that of Pakistan (Azad Kashmir).

For reference to these questions see:
POST 9: Territorial disputes: issues at stake


NOTE: This post is based on Chapter 7 in Núñez, Jorge Emilio. 2017. Sovereignty Conflicts and International Law and Politics: A Distributive Justice Issue. London and New York: Routledge, Taylor and Francis Group.