SOVEREIGN GAME: HOW TO SOLVE SOVEREIGNTY CONFLICTS (PART 18 OF 21) 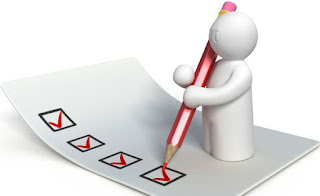 Preliminary requirements for a fair distribution of the sovereignty over Khemed


Bearing in mind the previous discussions (see previous posts), it is reasonable for the representatives of Syldavia, Borduria and Khemed to agree on three basic points in order to share sovereignty before deciding how to do it:

First, it is prohibited to interfere with the internal or external affairs of any of the other agents.


Secondly, each agent will respect the liberties of the three populations; so no agreement reached can be interpreted in a way that curtails the basic non-political liberties of any of these populations.


Thirdly, the agents will conduct their mutual relations in light of the principles recognised by the law of peoples.

This first pre-requisite, that is non-domination or non-interference principle, applies in particular to agents that are least advantaged in any area by preventing the most advantaged parties to impose their law, policies, values, or ideals. Hence, although the third pre-requisite here will refer to principles recognised by the law of peoples, and therefore include the principles of non-interference and non-intervention as per international law, the one mentioned at this point as first pre-requisite is to be understood with a broader meaning—i.e. it applies to all aspects of society. Therein, not only does it include law and politics but also culture, tradition, values, ideals, and customs. Syldavians, Bordurians and Khemedians are reasonable and intellectually developed enough to understand clearly the difference between accepting and imposing. That is to say, they accept each other mutually as they are (three different populations in many senses). Hence, they will not impose their views on the other populations. Because inclusion in these pages mean to accept each party as they are (and not to accept the other parties if and only if they behave, act or are as its counter-part).

With these three pre-requisites agreed in this hypothetical situation, once the negotiations are over the representatives secure that the agreement is not a subterfuge for domination of any kind, that the individuals of each population safeguard their basic non-political liberties, and that the three agents are free and autonomous from each other.
The next post will discuss what kind of arrangement the representatives of Syldavia, Borduria and Khemed would reach under these circumstances and bearing in mind the previous discussions.
NOTE: Post based on Chapter 6, Núñez, Jorge Emilio. 2017. Sovereignty Conflicts and International Law and Politics: A Distributive Justice Issue. London and New York: Routledge, Taylor and Francis Group.