SOVEREIGN GAME: HOW TO SOLVE SOVEREIGNTY CONFLICTS (PART 19 OF 21) 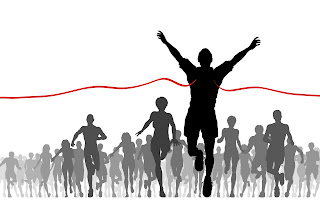 
The question at issue now is to decide, by respecting these three pre-requisites, how to share sovereignty over Khemed.

So, the issue is what would constitute a reasonable allocation of sovereignty over Khemed amongst Syldavians, Bordurians and Khemedians as equal claimants, whose equality of claim is in no way affected by whatever other situation they already have; and that allocation has a target: Khemed and all that it implies in terms of rights and obligations. When the representatives applied the difference principle to the issue constructed in that way, the question is whether there could be a division of Khemed amongst Syldavia, Borduria and Khemed that would be accepted by the three parties. Therein, in the disputed sovereignty case, the difference principle would seem to demand straightforward equality. However, equality sensu stricto presented the representatives several problems too.

Instead of the difference principle and the principle of equality, what about working out the solution with all what the representatives have learnt so far? By acknowledging the circumstances in sovereignty conflicts—that is, different agents and an ample concept such as sovereignty—and the way in which the negotiations have been conducted, a revised principle may offer comparable advantages that may make it a reasonable option.

The next post will discuss what kind of arrangement Syldavians, Bordurians and Khemedians would accept considering that:


1. They all are rational beings who are free;
2. They all have equal standing in relation to the claimed object;


3. They all recognise their many differences;


4. They all recognise and accept to comply with the three pre-requisites.