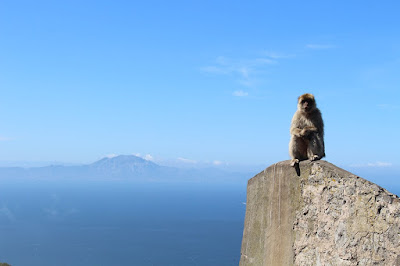 Gibraltar and the Egalitarian Shared Sovereignty

This series introduces TERRITORIAL DISPUTES and attempts to solve them as a matter of ideal theory. That means we conduct a theoretical experiment to evaluate what reasonable people would decide given some facts.
When we addressed Kashmir, we centered the attention on population (religion, ethnicity, etc.).
When it was the time to deal with the Falkland/Malvinas islands, we focused on territory (borders, natural resources, etc.).
With Gibraltar, the analysis will be about government and law. That is because of two main reasons: a) Gibraltar has already taken the first steps towards a solution; b) by considering government and law, we complete the assessment of our current understanding in legal and political sciences of a “sovereign state.”


Government can be defined as a person, group of people or body that create and apply the law for the population in a given territory.
Together with population and territory, it completes the necessary elements that constitute a minimal political and societal organization. Government offers some controversial features in any TERRITORIAL DISPUTE.
The following posts will review some of these features using the case of Gibraltar to show their implications.
The focus will be first on the financial system and later on specificities about power share. The main reason to proceed this way is because power sharing has many different implications, and amongst other sub-elements law. Thereby, and in order to have a clear picture it is advisable to deal with one issue at a time, review it, see how EGALITARIAN SHARED SOVEREIGNTY could be best realized.

REMINDER:
The allocation of sovereignty will be given by: a) equal right to participate (egalitarian consensus principle); b) the nature and degree of participation depends on efficiency of accomplishing the particular objective/area/activity at issue (principle of efficiency); c) each party receives a benefit (in terms of rights and opportunities) that depends on what that party cooperates with (input-to-output ratio principle); and d) provided the party with greater ability and therefore greater initial participation rights has the obligation to bring the other two parties towards equilibrium (equilibrium proviso). I call this way of dealing with sovereignty conflicts or disputes the EGALITARIAN SHARED SOVEREIGNTY.

Many questions are to be expected. Amongst them: How is that translated into Gibraltarian autarchy and financial system first?; b) how may it be possible to share power?
The next posts on this blog series about TERRITORIAL DISPUTES will cover these questions.