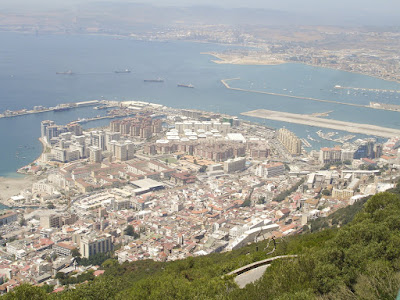 Gibraltar and the many views
There are many academic and non-academic articles in English and Spanish (at least) about Gibraltar. Today we focus on academic studies about this TERRITORIAL DISPUTE.
The first article introduces Gibraltar, its historical context and some issues at stake: territorial waters, natural resources, and defense. With this article, the reader will see that Gibraltar, Spain and the United Kingdom bring to the game other actors such as the European Union and NATO.
The second article refers to the different views about the dispute depending on origin. This comprehensive study demonstrate how the same reality is presented in different manners to the public depending on whether they are in Gibraltar, Spain or the United Kingdom.
The third article presents what at the time seemed to be the path to a definitive solution: the principle of “two flags, three voices.” Indeed, it is much easier to achieve a provisional solution than a permanent settlement. However, easier does not mean better.
The last article leaves many questions open. With Brexit fast approaching, what will happen with Gibraltar?

GIBRALTAR: SOVEREIGNTY DISPUTES AND TERRITORIAL WATERS
Gerry O’Reilly
“Britain stresses that Gibraltar was ceded to the Crown by the Treaty of Utrecht in
1713 […]. However, under the Treaty of Utrecht, Spain has right of “first refusal” should Britain decide to relinquish sovereignty over Gibraltar.”

“In the historical context, regional disputes have rendered delimiting maritime zones difficult but have prevented a single state from gaining sovereignty over an entire stretch of water.”

“Despite UK and Spanish membership, full usage of Gibraltar’s facilities by NATO states has been retarded.”

“Since the 1980s, both British and Spanish governments had hoped NATO membership, and EU integration with EU citizenship would lessen the intensity of the Gibraltar problem.”

“The British Government supports the principle of right of self-determination, but in Gibraltar’s case, because of the Treaty of Utrecht, this means that Gibraltar could become independent only with Spanish consent.”

SFL and CDA: Contributions of the Analysis of the Transitivity System in the Study of the Discursive Construction of National Identity (Case Study: Gibraltar)
by Ángela Alameda-Hernández

“[…] the three corpora from the Gibraltarian, Spanish and British press were concerned with the Gibraltar situation, but each of them approached it in different ways, as the examination of the patterns of processes, participants and circumstances have revealed. The analysis allowed us to draw some social and political conclusions on the discursive construction and representation of the Gibraltar issue. On the one hand, the analysis of the Gibraltarian newspapers allowed us to understand how Gibraltar presented itself to the world, the self-image it portrayed; while on the other hand, the analysis of the Spanish and British newspapers allowed us to understand how this issue and the community of Gibraltar were perceived and represented from the outside, that is, from the two relevant angles involved in the situation of this territory.”

Abstract
Having previously remained impartial on the Gibraltar question between Spain and Britain since both were member states, the European Union suddenly changed its position after the Brexit referendum in favor of the Spanish government at the expense of breaching international law. In doing so, the European Union, for the first time, created a foreign policy on the long-standing Gibraltar question. This article explores the reasons behind the creation of this foreign policy in support of Spain. The European Union feared that the idea of Euroscepticism may escalate among remaining member states after the Brexit referendum because of wide-spread claims that it would dissolve in the near future, fuelled by far right political parties. The European Union therefore created a foreign policy regarding Gibraltar in Spain’s favor in order to promote a “sense of community” for thwarting a further rise in Euroscepticism. While making its analysis, the article applies the assumption of social constructivism that ideas shape interests, which then determine the foreign policy choices of actors.