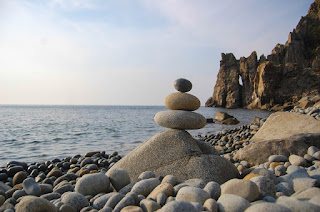 
While it is true that there is a crisis in the Crimean peninsula, and tension is evident between Russia and Ukraine, there is also a fair share of rhetorical argumentation adding unnecessary considerations within legal and political sciences that do not seem to offer any tangible way out. The reader may simply compare Post 66 (succinct historical account) and Post 69 (media coverage) to see this very evident point. Depending on the side, the perception of the same facts is valued very differently. Given that the Crimean crisis is but one of many other sovereignty conflicts currently existent around the world, why not thinking of this particular dispute as an example towards peaceful multilateral understanding through dialogue and negotiations?

We are used to seeing and accepting as fact that in one territory there is one population governed by an ultimate authority, with a common legal bond or system of norms. What would happen if that one territory and population had two ultimate and hierarchically equal sovereigns (legally speaking) and, at the same time, two valid sets of norms? Would it be possible, for instance, that Israel and Palestine had sovereign authority at the same time over Jerusalem? Would it be possible that Argentina and the United Kingdom were at one time sovereign over the territory and population of the Falkland/Malvinas Islands? What about Russia and Ukraine having the same degree of sovereign power over Crimea? If the answer were positive, what would the consequences be in terms of territory, population, government and law?

The dispute resolution model proposed here introduces features that make it a more attractive option for all three parties. That is because, if Crimea, Russia and Ukraine decided to share their sovereignty over the territory under dispute, by applying the egalitarian shared sovereignty, none of the involved parties would interfere with the internal affairs of any of the other parties—first pre-requisite—, and they all would respect the basic non-political liberties of the three populations—Crimea, Russia and Ukraine—by fulfilling the second pre-requisite. Thus, they would conduct their mutual relations according to the principles recognised by the law of peoples—the third pre-requisite.

The allocation of sovereignty will be given by: a) equal right to participate (egalitarian consensus principle); b) the nature and degree of participation depends on efficiency of accomplishing the particular objective/area/activity at issue (principle of efficiency); c) each party receives a benefit (in terms of rights and opportunities) that depends on what that party cooperates with (input-to-output ratio principle); and d) provided the party with greater ability and therefore greater initial participation rights has the obligation to bring the other two parties towards equilibrium (equilibrium proviso). I call this way of dealing with sovereignty conflicts or disputes the EGALITARIAN SHARED SOVEREIGNTY.
Many questions appear in terms of its application and how it may materialise into institutions. The next posts on this blog series about TERRITORIAL DISPUTES will cover these questions.