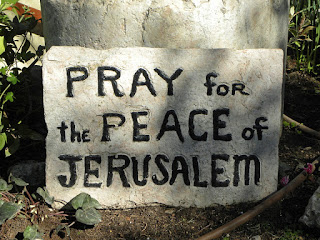 The Israel-Palestine difference has many issues at stake. “TERRITORIAL DISPUTE” is the usual nomenclature used by legal and political sciences to refer to these kinds of conflicts. Yet, the label does not show the complexity this and many other differences have. This is not only a question about territory but includes people, government and law, domestically, regionally and globally. There are many remedies that could be applied. The previous post presented a series of articles which summarise the situation and the official position of Israel and Palestine.

Today’s post centres the attention of one of these parties: people. What do Israelis and Palestinians want?


A Joint Poll (published on 25th January 2018) conducted by the Tami Steinmetz Center for Peace Research (TSC), Tel Aviv University and the Palestinian Center for Policy and Survey Research (PSR) in Ramallah, with funding from the European Union (EU), the Netherland Representative Office in Ramallah, and the UNDP office on behalf of the Representative Office of Japan to Palestine.


It does result interesting to know what Israelis and Palestinians think about this territorial dispute. In particular, because they are the ones that live in that region and therefore, any decision affects them directly (and their future generations). This study (like any other) has a main flaw: although it gives us a glimpse on what Israelis and Palestinians may think about the territorial dispute, it remains questionable to argue that this is what most of them want. After all, like any study, it is based on a sample. Yet, as an interpretative tool it is indeed thought provoking.


It would be desirable to have a more in depth questionnaire including clear conceptual references for the respondents, a broader sample, and a more in detail analysis. For instance, a suggestion: to define clearly how the two-state formula would materialize? I propose to follow the EGALITARIAN SHARED SOVEREIGNTY model in which both parties (Israel and Palestine) would be equal sovereigns with implications related to territory, people, government and law. The formula secures in theory and in practice equal standing for both Israel and Palestine in many senses (some of them previously presented when we introduce Kashmir, the Falkland/Malvinas islands, and Gibraltar as case studies in this series about TERRITORIAL DISPUTES).