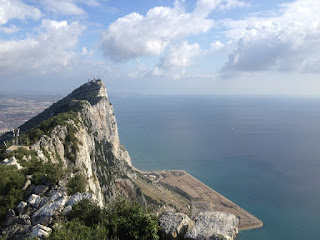 
In order to work out the principles of the EGALITARIAN SHARED SOVEREIGNTY through these authorities and institutions in Gibraltar, it seems reasonable to think of either granting participation in all the institutions to every claiming party or to divide the institutions amongst them (Gibraltar, the United Kingdom and Spain). In other words, the two ways in which sovereignty may be shared, in principle, are:
The rest of this post and tomorrow’s review these two options to consider their respective viability, take note of any conflicts and either accept or reject them.

Two legal systems and one territory: to “share out” sovereignty

I develop in extenso this analysis in my latest book Núñez 2017. What follows is a very brief review of why to “share out” sovereignty is not a viable option for Gibraltar.
Instead of having institutions in Gibraltar in which all the parties “share in” sovereignty by participating in them (tomorrow’s post will introduce this option), the parties decide to divide sovereignty amongst them. Suppose the United Kingdom was in charge of the judiciary, Spain was in charge of the executive power and Gibraltar elected its own Parliament or Congress. Is this a viable option? What conflicts can arise, in particular in terms of law? If there were conflicts, what would be the way to deal with them?
Clearly, there would be not one but at least two legal systems with this way of institutionalising the EGALITARIAN SHARED SOVEREIGNTY—in the example, the legal system of Spain and that of the United Kingdom. To have two legal systems devised from two different and sovereign States operating in the same territory will involve conflicts of law.
Indeed, this is the crucial problem with shared sovereignty—arguably, a fatal one. What legal system will be valid in the third territory? To what extent is it possible that two legal systems are valid at the same time over the same territory and in relation to the same population? What about the existence of a new set of norms specially created for the third territory? Should Gibraltar have a legal system that combined British and Spanish law? Should it only follow British tradition? Controversy is clearly present here.
NOTE: based on Chapter 7, Núñez, Jorge Emilio. 2017. Sovereignty Conflicts and International Law and Politics: A Distributive Justice Issue. London and New York: Routledge, Taylor and Francis Group.