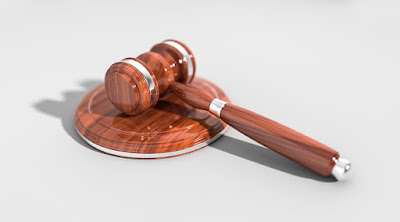 On Monday, the series TERRITORIAL DISPUTES introduced very briefly the case of Northern Ireland.
Yesterday, the post presented very broadly the notion of supremacy or primacy of the European Union law by means of case law.
Today, the post will include the analysis of another European Court of Justice decision in which the principle is characterized.

A reminder to the reader that the first posts referred to this case will differ from previous analysis presented by this blog series TERRITORIAL DISPUTES.
This time the series will introduce the relationship between national law and international law. From there, the relationship between the law in the United Kingdom and the European Union will be explored by presenting the notion of supremacy or primacy (in a nutshell, European Union law has priority over the national legal order of the Member States).
Thereafter, the particular emphasis will be on free movement of people, European Union citizenship, free movements of goods, capital and services. These are the “four fundamental freedoms” that all Member States part of the European Union reciprocally recognize and that the United Kingdom, and therefore Northern Ireland, will give up soon).
For the sake of clarity, it will be only after the presentation of these elements the series will assess in detail the case of Northern Ireland.

Contrasting with international treaties, E.E.C. Treaty created own legal system which became integral part of legal systems of M.S. and which national courts are bound to apply.
By creating Community of unlimited duration, having own institutions, own personality, own legal capacity, capacity of international representation & real powers stemming from limitation of sovereignty or transfer of powers, M.S. have limited their sovereign rights in limited fields and created body of law which binds their nationals and themselves.

Outcome
“The integration of the laws of each Member State of provisions which derive from the Community, and more generally the terms and spirit of the Treaty, make it impossible for the States, as a corollary, to accord precedence to a unilateral and subsequent measure over a legal system accepted by them on the basis of reciprocity.”
E.C. membership “carries with it a clear limitation of a Member States’ sovereign right upon which a subsequent unilateral law, incompatible with the aims of the Community  cannot prevail.”
E.C.J. confirmed that where national law & E.C. law conflict, E.C. law must take precedence, even where national law been enacted subsequent to E.C. law, thus ruling out possibility of national law taking precedence under doctrine of implied repeal.

Legal Justifications
Treaty created own legal system which immediately became “an integral part” of legal systems of M.S. – legal system separate from international & national laws;
This was carried out by States transferring to new Community (now Union) institutions “real powers stemming from a limitation of sovereignty.”
In accordance with spirit & aims of Treaty was “impossible” for M.S. to accord primacy to domestic laws.
“Spirit” of Treaty required M.S. to give full effect to Community laws which they had accepted on basis of “reciprocity”. M.S. had promised to fulfil all obligations arising from Community law under art.10 E.C. (now art.4 (3) T.E.U.) (so-called “fidelity clause”).
“Aims” of Treaty, integration & cooperation [achievement of “ever closer Union” in Preamble & non-discrimination on grounds of nationality in art.12 E.C. (now art.18 T.F.E.U.)] would be undermined by M.S. refusing to give full effect to Community (now Union) law.

In other words, aims & objectives of Community (now Union) would be undermined if Community (now Union) law varied from State to State in deference to subsequent domestic laws. There was need for supremacy in order to provide for uniformity and effectiveness of E.C. (now E.U.) law across all M.S. without which spirit of Treaty would not be being followed and aims of Treaty (i.e. to create common market, eliminate discrimination & achieve deeper integration) would not be realised. Court used teleological (or wide purposive) approach, based on aims of Treaty & type of system M.S. created, in order to justify creation of supremacy.
Obligations undertaken by M.S. in Treaty (e.g. in art.10 & art.12 E.C. (now art.4 (3) T.E.U. & art.18 T.F.E.U.)) would be “merely contingent” rather than conditional if were subject to subsequent national legislative acts.
Language of direct applicability in art.249 E.C. (now art.288 T.F.E.U.) for Regulations would be meaningless if individual Member States could negate effect of Community (now Union) law by passing subsequent inconsistent legislation between themselves.

NEXT POST: the notion of supremacy or primacy of the Court of Justice of the European Union (cont.)