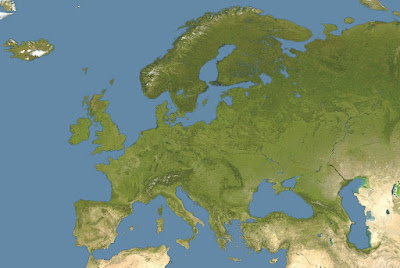 The notion of supremacy or primacy of the European Union law.

The series TERRITORIAL DISPUTES introduced very briefly the case of Northern Ireland (see previous post).
REMINDER to the reader: the first posts this time will differ from previous analysis presented by this blog series TERRITORIAL DISPUTES. This time the series will introduce the relationship between national law and international law. From there, the relationship between the law in the United Kingdom and the European Union will be explored by presenting the notion of supremacy or primacy (in a nutshell, European Union law has priority over the national legal order of the Member States).

Thereafter, the particular emphasis will be on free movement of people, European Union citizenship, free movements of goods, capital and services. These are the “four fundamental freedoms” that all Member States part of the European Union reciprocally recognize and that the United Kingdom, and therefore Northern Ireland, will give up soon).
For the sake of clarity, it will be only after the presentation of these elements the series will assess in detail the case of Northern Ireland.

European Union Court of Justice. Case law and supremacy (or primacy) of European Union law
Case Van Gend en Loos (26/62)
The Netherlands adopted an import tax contrary to art.12 E.E.C. The question before the Court was “whether individuals can directly derive rights from the Article that are enforceable by the judge.” The Court laid down that art.12 E.E.C. had internal effect. It decided that the internal effect of Treaty articles should not be left to national legal systems and that national courts should be informed whether E.E.C. law could have direct effect. Article 189 E.E.C. already implied that Regulations had direct effect. However, the Court held that provisions of the Treaty could be suitable for judicial enforcement in the national courts.

The subject of primacy was not directly addressed by the Court because art.65 of the Dutch Constitution held: “Provisions of agreements which, according to their terms, can be binding on anyone shall have such binding force after having been published.” Art.66 of the Dutch Constitution also provided: “Legislation in force within the Kingdom shall not apply if this application would be incompatible with provisions of agreements which are binding upon anyone and which have entered into force before or after the enactment of such legislation.”

Primacy was not an issue in Van Gend en Loos because the Constitution provided for the immediate incorporation and primacy of international agreements once ratified – primacy of these agreements even over later acts of the legislature. The principal question for the Court was whether provisions of the Treaty could, in practice, be enforced before the national courts across the Community. This could be deemed an inherent part of the interpretive function of the Court of Justice.

NEXT POST: the notion of supremacy or primacy of the Court of Justice of the European Union.