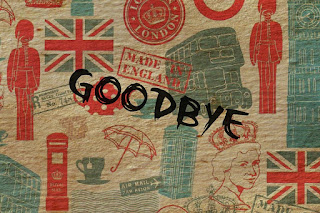 Brexit could be negative in many ways to the United Kingdom. That does not mean it has to be negative for Northern Ireland. In fact, Brexit opens many doors for Northern Ireland (doors that previously seemed to be closed).
Yesterday’s post referred to self-determination. It should be clear now independence is not the only way in which self-determination may evolve. Indeed, the population may vote to be administered by, or integrated into, one of the States claiming sovereignty (e.g. Puerto Rico, where the battle is between statehood and independence).
Then self-determination may lead to different results since the population might decide:
a) to be independent;
b) to be administered by or be part of one party—i.e. integration or free association;
c) to have shared sovereignty.
If self-determination leads either to independence or to integration/association, there are reasons why to avoid it is—at least—advisable. First, in cases such as Northern Ireland, to grant self-determination in the form of independence would imply an unbalanced situation amongst the involved agents. The fact that Norther Ireland had complete sovereignty would mean that its inhabitants had exclusive prerogatives over the territory including consequent rights and burdens; the rest of the international agents involved would not have any actual or future right or obligation to intervene in its internal or international affairs. So, the sovereign State that had closer relations with Northern Ireland before the self-determination would see its position both de jure and de facto improved. In light of Brexit, an independent Northern Ireland would have to apply to join (or re-join) the European Union. Therefore, if Northern Ireland achieved complete sovereignty they would be outside both the European Union and the United Kingdom. Indeed, it seems like an unreasonable (or not the most advantageous) option.
To leave aside self-determination in the form of independence does not have to do with the international institution itself but with the way it may be applied in this situation. It might have been useful in historical specific cases due to their own characteristics (e.g. Kosovo). But to use the same international institutions in the same manner in cases in which the interrelation amongst the involved agents is already peaceful—apart from Brexit—adds an unnecessary element of discord that goes against peaceful international relations.
REMINDER: self-determination may imply secession from an already sovereign State. In fact, self-determination can be one of the ways to secede but not the only one. However, to obtain independence through self-determination is not a solution that can be taken automatically in sovereignty issues. It is an ultimum remedium in situations in which a given sovereign State has a certain tension with a group of people, this group of people is large enough, their human rights are not acknowledged, and they have a common identity and decide to be independent; otherwise, their existence within the sovereign State could be compromised. But secession in the form of self-determination is an extreme remedy that may do more harm than good, in some cases.
NOTE: based on Chapter 5, Núñez, Jorge Emilio. 2017. Sovereignty Conflicts and International Law and Politics: A Distributive Justice Issue. London and New York: Routledge, Taylor and Francis Group.
Jorge Emilio Núñez
Twitter: @London1701
31st July 2018