Our last two posts introduced very briefly some of the key authors in recent(ish in some cases) jurisprudence-i.e. legal theory and political theory. The first one focused our attention on HLA Hart.

HLA Hart and The Concept of Law (very briefly)


Herberet Lionel Adolphus Hart—H.L.A. Hart—was born in 1907 and began his career as a barrister, practicing law in London for eight or nine years


He then was a Fellow and Tutor in Philosophy at New College, Oxford from 1945-1952, then University Professor of Jurisprudence at Oxford until 1968, and then Principal of Brasenose College, Oxford until he retired in 1978, although he remained quite active until his death in 1992.

The Concept of Law 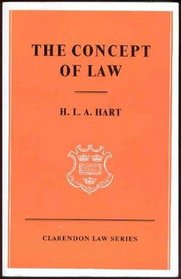 It was published in 1961 and which is considered a modern classic in legal theory. Just before his death, Hart added a postscript to The Concept of Law to respond to some of the criticisms leveled against the book by Dworkin.
In The Concept of Law, Hart not only addresses the question “what is Law,” he also discusses the role judges play in creating and interpreting the law and examines the connection between law and morality.


Hart begins by noting that there are three persistent questions about the nature of law:


a)      First, what is the relationship between law and coercion?


1.      the most prominent feature of law in all places and in all times is that it makes certain kinds of human conduct no longer optional, but in some sense obligatory


2.      this has led some theorists (notably John Austin) to characterise law as “orders backed by threats,” and Austin’s view has had a great influence on much of the science of jurisprudence


3.      Hart concedes that there is some truth to this view, but he considers it overly simplistic, and therefore tells us that one of his tasks will be to examine more precisely the ways in which law and legal obligation differ from and are related to “orders backed by threats”


3.      this as led some to argue that law is simply a branch of morality called justice


4.      yet we are also prepared to criticise law as unjust, and to argue that unjust laws should not be obeyed, so clearly the relationship is more complicated than this—justice is something both inside and outside law, not coextensive with it, it is a standard against which law may be evaluated, and a more precise statement of the relationship between the two needs to be specified


c)      And finally, the third persistent question about the nature of law that Hart plans to examine is the nature and status of rules


1.      for example, some rules tell us how to behave and other rules tell us what we must do to give effect to our wishes (e.g. how to make a will), and this is a distinction that needs to explored and explained


2.      there is also a distinction between rule-obeying behaviour and habitual behavior that needs to be examined and explained


3.      and finally, there is the question of what courts are doing when they purport to apply rules

For more details about the above points refer to the link below:

Hart prepares the ground for his own theory of law by examining the failures of an earlier (19th century) theory of law, that of John Austin.

Austin’s theory of law was very simple, perhaps even simplistic.  He proposed that law is (or laws are) the commands of a sovereign.  Hart systematically dismantled this definition of law.  He showed that laws are not commands and the legal systems are not based on what Austin called sovereigns.


Austin's command model of the law.

Austin (1790-1859) argued that law is simply a set of imperatives or commands or orders issued by a sovereign and backed by threats. Hart concedes this model has been extremely influential on jurisprudence, but he notes that the “gunman analogy” cannot be taken too literally—it must be qualified in a number of ways if it is to capture certain features that are present in our concept of a legal system

a)      first, for a legal system to exist, the commands must be general. in two ways


b)      second, the commands must also be durable, meaning they have standing force over time.


c)      third, it must be generally believed that the threats are likely to be implemented in the event of disobedience.

d)     fourth, the law must be generally and habitually obeyed.

e)      and finally, the commands must emanate from a source that is not itself subject to and does not itself habitually obey some other source of command.

Hart refines Austin’s statement of the command model. A legal system under Austin's model exists wherever there are general orders backed by threats that are given by a sovereign who is habitually obeyed and habitually obeys no one.

Note, however, that the sovereign referred to in the model need not be a particular individual—the claim is simply that wherever there is law, there is ultimately to be found latent beneath the variety of political forms, in a democracy as much as an absolute monarchy, this simple relationship between subjects or citizens rendering habitual obedience and a sovereign person or entity which renders habitual obedience to no one.

Whether a legal system exists under this model is purely a question of fact. In other words, all these various characteristics either exist or not as an empirical matter, and while some of them may be a bit vague, it should be theoretically possible to determine as a matter of fact whether the necessary features are present.

But this is not Hart’s model or concept of law—Hart is merely trying to make the strongest case possible for the command model, and once he does so, show that even this refined version has problems that cannot be corrected merely by making adjustments to the model.

For more details about "Hart vs Austin" refer to the link below:

Next time Chapters 5 and ff. HLA Hart's The Concept of Law.