Edited by David A. Frenkel


First published in 2015 by ATINER 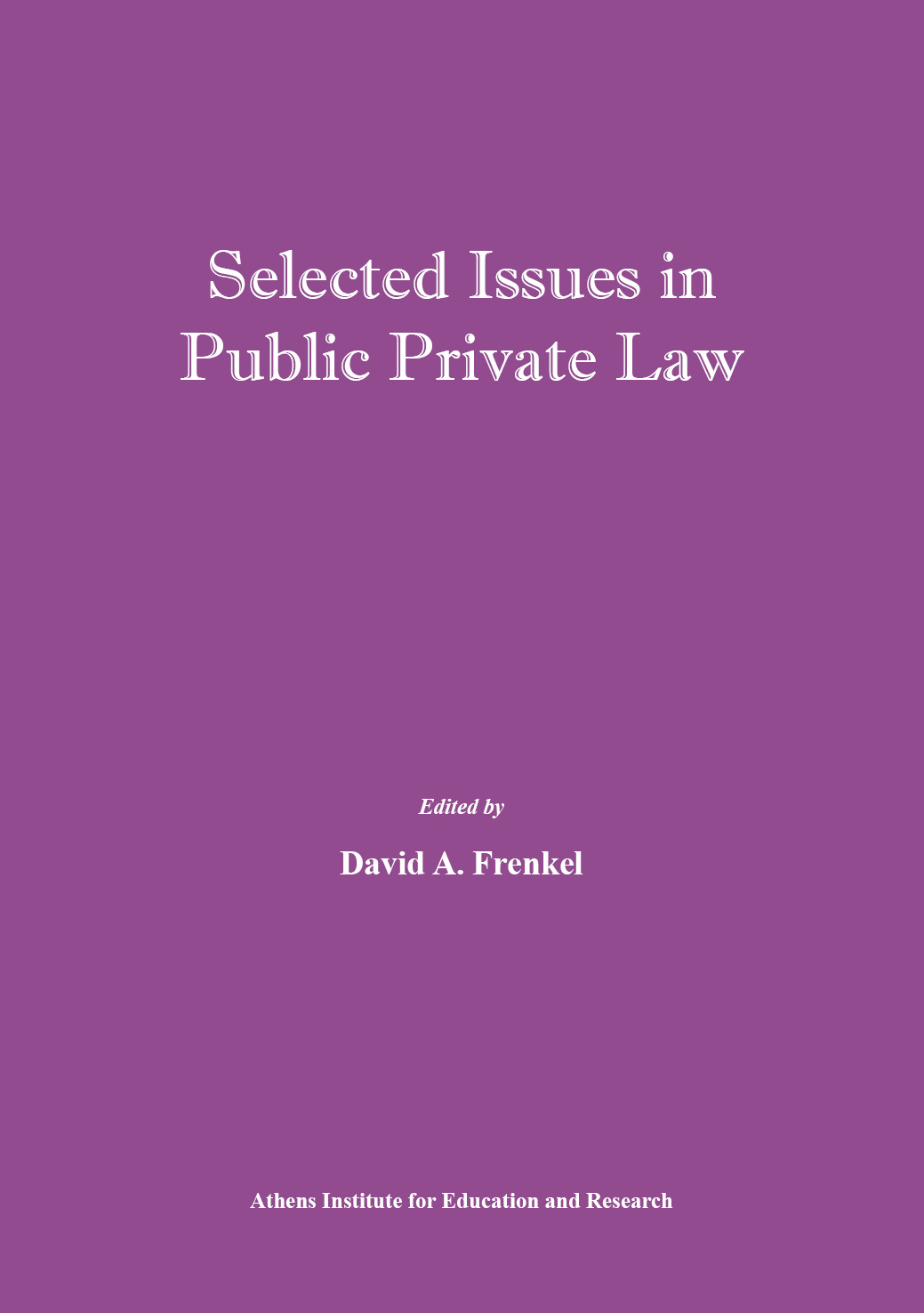 This book offers a collection of essays on issues which can be classified and categorised under both private and public laws. The authors seek to illuminate the issues discussed in the various essays from both perspectives. They make use of insights arising from jurisprudence, schools of thoughts, history, economy, and sociology to develop new and creative solutions and interpretations of pending problems.

The essays are revised versions based on presentations at the International Conferences on Law, organised by the Athens Institute for Education and Research (ATINER) held in Athens, Greece. They were peer-reviewed and selected on the basis of the reviewers’ comments and their contribution to the ongoing discussion of the respective issues.

The book is divided into ten sections. 'Sovereignty Conflicts as a Distributive Justice Issue' is one of the contributions.