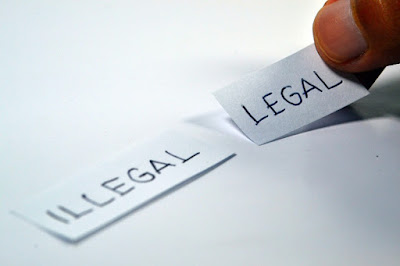 Crimea and colorable claims based on law


The post today introduces the second ground for a colorable claim: law.


A colorable claim is based on the legal status of these claims when any of the parties use or may use law to support their right to claim sovereignty. In this case, they may use international customary law or treaty law to support their position. For instance, the case of one of the parties that did not have effective current occupation of the third territory but had continuously claimed sovereignty in international forums such as United Nations following international public law regulations.


“Cases may come before the ICJ, an independent subsidiary organ of the United Nations, by referral through a compromis (special agreement) between two or more states, by a treaty provision committing disputes arising under the treaty to the court, or by the parties’ statements of compulsory jurisdiction. Under Article 38 of the Statute of the International Court of Justice (Statute), when deciding cases “in accordance with international law,” the court applies the following sources of law:


a. international conventions, whether general or particular, establishing rules expressly recognized by the contesting states;


b. international custom, as evidence of a general practice accepted as law;


c. the general principles of law recognized by civilized nations;


d. subject to the provisions of Article 59, judicial decisions and the teachings of the most highly qualified publicists of the various nations, as subsidiary means for the determination of rules of law.


Furthermore, if the parties agree, the court may decide a case under equity principles, ex aequo et bono.


Territorial claims before the ICJ usually fall within one of the above four categories.”

What does all this mean in relation to Crimea? Several scholars have published their analysis related to the legal status of this TERITORIAL DISPUTES, its legality (or illegality) and consequences. A sample of these opinions follow below. In each case you may find the link to the complete article.


“Which norms of international law has Russia after all violated during the Crimea Crisis? Russia used military force to take control of the peninsula and to force Ukrainian troops not to intervene in the process of secession. When exactly Russia intervened in Crimea remains contested. It might have already happened – as many press reports indicate – shortly after Yanukovych’s removal from office through the presence of troops that acted under control of Russia. In any case Russia has used the threat of force, clearly expressed in the Russian Council’s authorization to use military force on Ukrainian territory. After the referendum Russian troops took openly control of Crimea, seized Ukrainian military equipment, and forced Ukrainian troops to surrender. In doing so, Russia has violated Ukraine’s territorial integrity and this situation is perpetuated by the integration of Crimea into Russia’s territory. A justification for Russia’s acts is not given: international law did not allow Russia to intervene in order to rescue Russian citizens and it did neither allow an intervention in Crimea upon Yanukovych’s invitation.


Crimea has also not become an independent state with the capacity to invite Russian troops after the referendum and could therefore also not adopt an internationally binding treaty on the accession to Russia.


What is, consequently, the current status of Crimea under international law? Crimea has at no point become an independent state: it could not secede from Ukraine since the narrow legal requirements for a right to secession were not fulfilled. Thus, from the perspective of international law Crimea still belongs to Ukraine, whatever the de facto situation may look like.


As Crimea has not become a state, it could consequently not enter into any treaty relations with Russia so that its accession to Russia is without legal effect under international law. This view has been expressed by the UN General Assembly: General Assembly Resolution A/RES/68/262 of 27.3.2014 has called upon states not to recognize any alteration to the status of the Autonomous Republic of Crimea and the city of Sevastopol and herewith refers to the concept of obligatory non-recognition. The doctrine of obligatory non-recognition provides that states “are under an obligation not to recognize, through individual or collective acts, the purported statehood of an effective territorial entity created in violation of one or more fundamental norms of international law”. This rationale underlies the Stimson Doctrine that was used as a justification for states not to recognize the annexation of the Baltic states by the Soviet Union. This rationale is also expressed in the International Law Commission’s Article 41 of the Draft Articles on State Responsibility. The obligation is a norm of customary international law and aims at preventing that a violation of international law becomes validated by means of recognition. It contains a “minimum resistance” and “a continuous challenge to a legal wrong”. The obligation arises where a territorial entity has been created in violation of an erga omnes norm, especially by violating the prohibition of the use of force, by violating the right to self-determination, or by violating the prohibition of systematic racial discrimination. The process in which Crimea was integrated into Russia relied on the use of force by Russian troops and therefore gives rise to an obligation not to recognize Crimea’s accession to Russia. Resolution A/RES/68/262 of 27.3.2014 was adopted with 100 votes, 58 abstentions, and 11 No-votes. Only a small number of states has recognized Crimea’s accession to Russia while the majority of states opposes Crimea’s integration into Russia. Nevertheless, even if more international sanctions were imposed on Russia, a reintegration of Crimea into Ukraine is currently more than unlikely. It seems after all that the minimum resistance of non-recognition might determine the relations between Russia and almost the rest of the world for a not so minimal period of time.”

The Crimea Crisis. An International Law Perspective
Link to the complete article


An important document that has to be mentioned is the Budapest Memorandum signed on 5th December 1994 the signatories promise to:


• Respect the independence and sovereignty and the existing borders of Ukraine in accordance with the principles of the Helsinki Final Act (1975);


• Refrain from threats or the use of force against the territorial integrity or political independence of Ukraine, except in self-defence or otherwise in accordance with the United Nations Charter;


• Refrain from the use of economic coercion to subordinate Ukraine to their own interests;


• Seek immediate action from the United Nations Security Council to provide assistance to Ukraine if it becomes a victim of an act of aggression or the object of a threat of aggression in which nuclear weapons are used;


• Not to use nuclear weapons against Ukraine, except in self-defence;


• To consult with one another if questions arise regarding these commitments.

It is important to note the legal value of the memorandum is arguable. For an analysis see


“The occupation of part of Ukrainian territory — the Autonomous Republic of Crimea and Sevastopol City — and further actions of the Russian Federation in Crimea constitute a gross violation of the international law standards, are not consistent with the UN objectives, and defy the fundamental principle of the UN member states: a commitment to refrain in their international relations from the threat or use of force against the territorial integrity or political independence of any state, or in any other


manner inconsistent with the Purposes of the United Nations. The RF aggression against Ukraine has resulted into global violations of the fundamental human rights, military crimes and crimes against humanity in Crimea.”

NEXT POST: Crimea and colorable claims based on moral standing